A Guide to Magnesium Oil Benefits 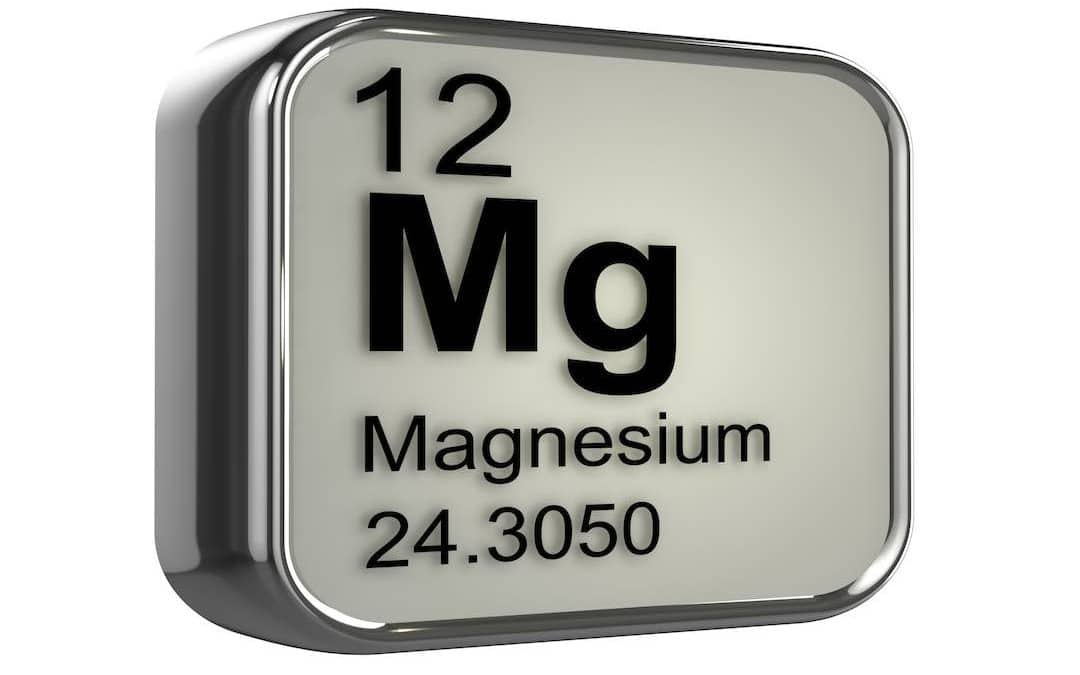 Quick Navigation
What is Magnesium and what does it do in the body?
​Where does Magnesium come from?
​What happens if there is a Magnesium deficiency?
What are the different forms of Magnesium that are available to supplement with?
Why is magnesium oil a good choice for supplementation?
​How do you use Magnesium Oil? Can you overdo magnesium oil?
Our Favorite Vegan Magnesium Oil Brands

What is Magnesium and what does it do in the body?

Magnesium is an essential mineral that the body needs for a variety of processes. The body uses this essential mineral for maintaining strong and healthy bones, for maintaining proper muscle functioning, proper nerves functioning, as well as making DNA and RNA. Magnesium has also been implicated in helping with a variety of other bodily functions. These include heart protection, protection against migraines and even promoting bowel regularity.

​Where does Magnesium come from? 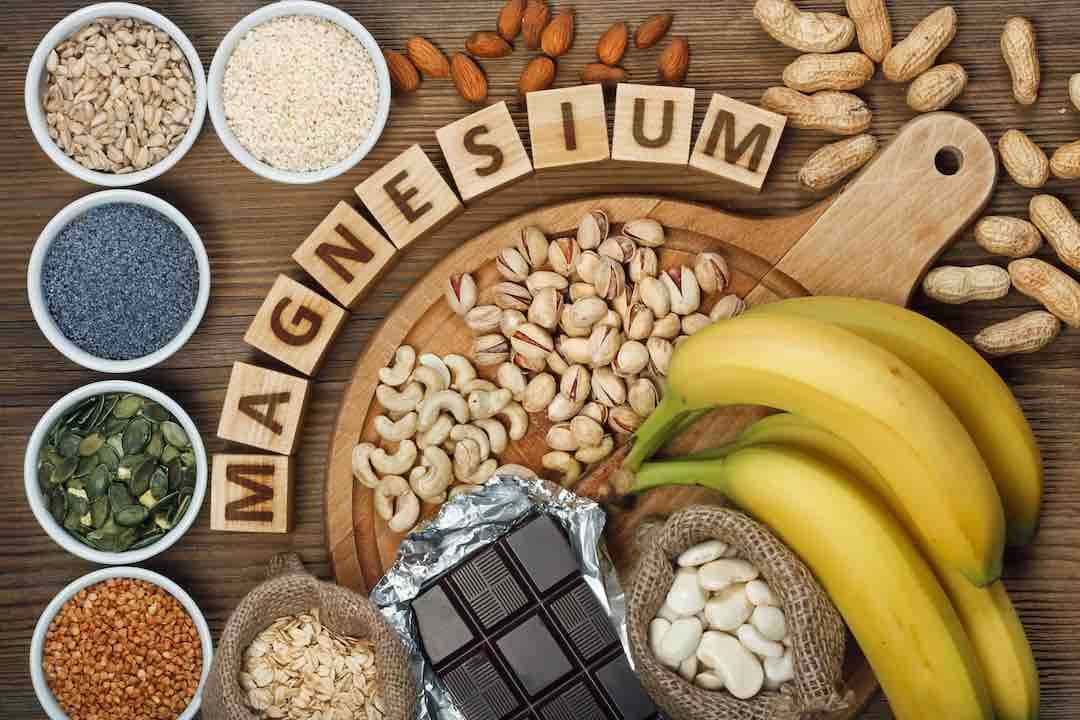 Magnesium is a mineral found in some water sources, foods and supplements. The plant-based foods that contain moderate to high levels of magnesium are:

As we share below, many Americans do not consume enough Magnesium rich foods which can have a great impact on their health. It’s important to make sure you include many of the foods above in a well balanced plant-based diet to ensure you’re helping your body receive magnesium daily through foods, in addition to potential supplementation, which we discuss further.

​What happens if there is a Magnesium deficiency?

Figures differ on just how many Americans are estimated to be magnesium deficient. But data from 2005-2006 showed that around forty-eight percent of Americans did not consume enough Magnesium from food. This high percentage of magnesium deficient people can be contributed to quite a few different factors. One, of course, is that people do not consume nearly enough magnesium in their diets. Highly processed diets have become far more normal and along with those means less foods containing magnesium. Other factors that can impact one’s magnesium levels include having diabetes,  kidney issues, being on certain medications, alcoholism, having digestive/bowel diseases as well as pregnancy and breastfeeding.

Additionally, since most magnesium is stored in the bone, a simple blood serum test does not give an accurate picture of magnesium levels in the body. Multiple other corresponding tests should be ordered to paint a better picture. Magnesium deficiency can show up in a variety of ways such as migraines, muscle cramping or mood changes. The following list is not extensive but highlights some major health concerns that deficiency may play a role in.

What are the different forms of Magnesium that are available to supplement with? 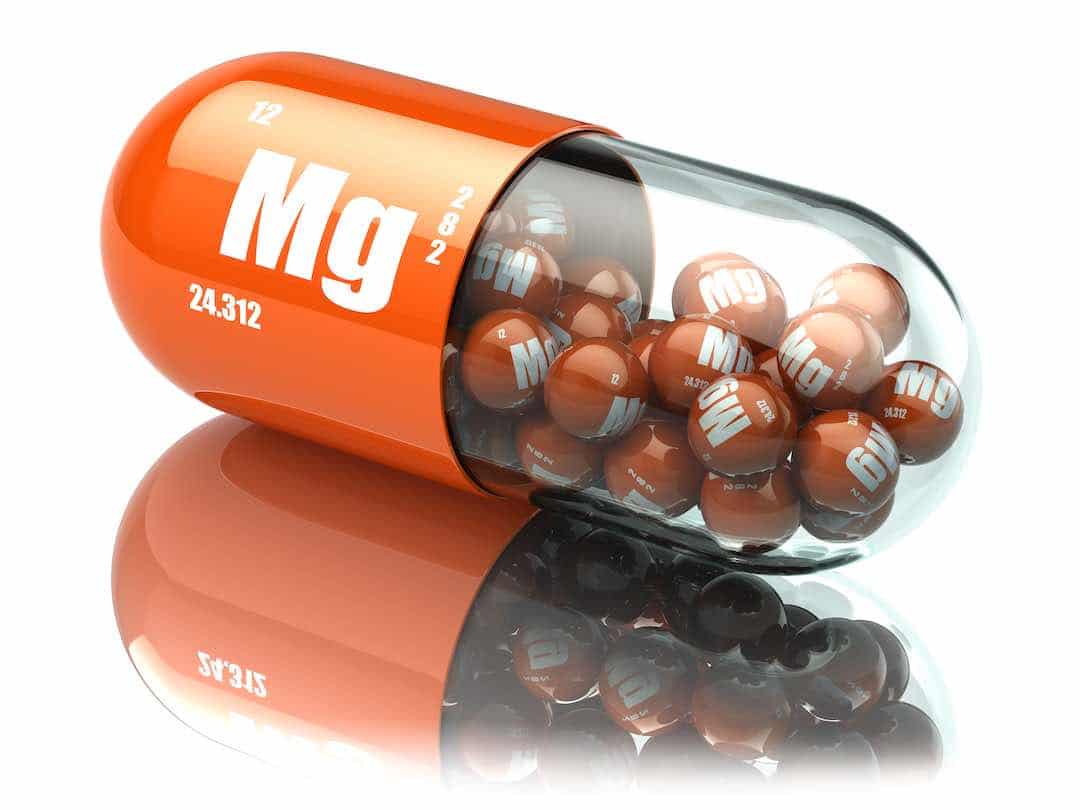 There are many supplemental forms of magnesium on the market which can lead to confusion as to which is the best to use. The following forms are some of the most common ones found in supplements and oils. Supplementation may be something to consider if you don’t think you eat enough magnesium rich foods, test low for magnesium, or have symptoms of deficiency. As always, it’s wise to discuss supplementation with a healthcare provider.

Often given as a treatment for preterm labor or as part of treatment for pre-eclampsia, magnesium sulfate is effective at raising magnesium levels quickly. It is the form of magnesium often found in Epsom salts. This form has a list of potential side effects, so it’s important to know what they are as well as contraindications before taking this form.

A widely used form of magnesium with a high percentage of elemental magnesium. However, studies have shown it has low bioavailability, at just about a four percent absorption rate.

A highly bioavailable form that is often used for boosting levels quickly as well as it’s natural laxative properties.

A highly bioavailable form that can be sourced from deep sea beds or water sources.

Why is magnesium oil a good choice for supplementation?

Magnesium oil is made from magnesium chloride. Many healthcare professionals consider it to be the most bioavailable form. Other than using the most absorbable form of magnesium, why would magnesium oil be a good choice for supplementation?

One reason is that oral supplementation can have a laxative effect on the body which is thought to reduce the amount of time magnesium has in the body to be absorbed, making it less effective.

Another reason to consider is that according to a report published by the American Public Health Association, skin was able to absorb between 29-91 percent of the chemical compounds in drinking water, with an average of 64 percent absorbability. While this was in reference to chemicals in water, it’s reasonable to believe that the skin can absorb a percentage of what is applied to it. Dr. Norman Shealy used transdermal magnesium oil in a study with participants who had low magnesium levels and found most participants had marked improvements in magnesium levels after four weeks of daily use. (It’s important to note that while reference to this study can be found, the actual study cannot be found online to cite. For this reason, it makes this source harder to use as one hundred percent reliable.)

​How do you use Magnesium Oil? Can you overdo magnesium oil?

Magnesium oil is typically sprayed onto your body and left to sit for a minimum of twenty minutes before washing off, although it can be left on the skin (doses vary so it’s important to research those or simply follow instructions based on the brand you purchase for best use). Some people choose to do this right before bed. While others do it prior to showering and some do it as a topical treatment to directly treat injuries. You can also use magnesium oil in the bathtub for a relaxing and healing soak.

Some people choose to use it daily for a period of time to help boost levels more rapidly. While others may choose to use it on an as-needed basis. Research is not conclusive on just how much the skin can absorb magnesium oil. Nonetheless, it is thought that the skin will “self regulate”. It is therefore not a concern to overuse magnesium oil. As always, it’s best to follow package instructions, listen to your body and talk to your healthcare provider if you have any concerns about dosage when it comes to using magnesium oil. 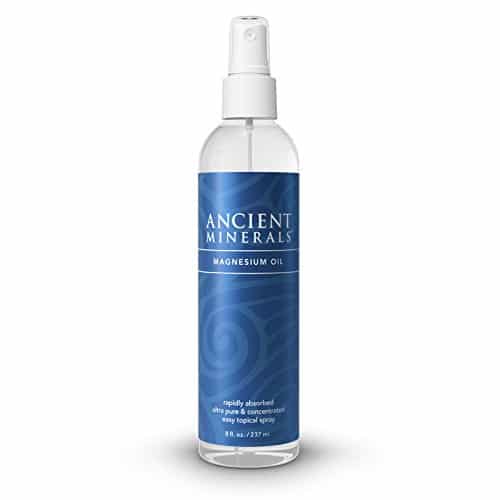 Dose: 100mg elemental magnesium per 1ml / 6 sprays
Why We Love It: This company uses a pure source for their magnesium, a sea bed in the Netherlands. Ancient Minerals tests (and provides the results on their website) for heavy metals and contaminants to ensure a high-quality product. We love how pure the product is. We also love that this company focuses on magnesium oil and education about magnesium. They truly are invested in sharing information and care about the products they create. This product is easy to find online and relatively affordable.

Product Name: Pure Magnesium Oil
Dose: 4 sprays contain approximately 66 mg of elemental magnesium
Why We Love It: This company also sources its magnesium from the Netherlands, resulting in a pure product. We love that it is a relatively easy company to find in most health food stores and even some larger stores. This makes it a great option for those who want to try it immediately without waiting for a shipment. The price is also very affordable, making it a great option.