Plant Based vs Vegan: Going Beyond the Diet to Determine the Differences

The term plant-based seems to be popping everywhere from influencers to recipes and books. It seems to be the “it” term of the year yet it’s confusing for many. That's because it doesn’t always mean the same thing depending on who uses it. We hope to cut through the confusion and share the variety of things that plant-based can mean, the generally accepted definition, and how it differs from the word vegan. These two terms may seem interchangeable. However, as we share and have found through the vegan community, there can be a wide range of definitions and perceived differences.

​What does plant based mean?

Plant based is a term that has a wide range of accepted meanings. It widely depends on who is using it and why. The following are some of the uses of the term plant based. Plant based can refer to:

​How we're going to use "plant based moving forward

As it is clear, plant based can mean a lot of different things to different people and that’s okay! It is confusing to have one term mean so many things. However, after conducting a poll amongst vegans, we found most feel the following is the most acceptable use of the term plant based. So this is how we will use it going forward:

A plant based diet is one that is focused mainly on whole, plant based foods. It omits the same animal based products as a vegan diet, but is not due to ethical concerns for animals. A plant based diet, therefore, does not mean that one who follows it is concerned about animal rights or using animal products outside of their diet.

What Does Vegan Mean?

The term vegan is generally used to describe both the diet and lifestyle of the person who uses it. It means the following according to The Vegan Society:

Veganism is a way of living which seeks to exclude, as far as is possible and practicable, all forms of exploitation of, and cruelty to, animals for food, clothing or any other purpose.

A wide variety of people may identify as vegan even if they are not necessarily vegan for ethical reasons. Although most people identify as vegan to describe their lifestyle and diet that is directly influenced by their concerns for animals, the environment and their health. Veganism is a plant based diet but doesn’t necessarily mean that one eats only minimally processed foods.

​What is the difference then between plant based vs vegan?

The short and overly simplistic answer is nothing and everything. Depending upon who is using the term and why, these two things may be seen as one and the same and used interchangeably. However, based upon the decided upon meaning we set forth above, the difference is pretty significant.

Plant based is a term that encompasses a vegan diet without embracing the ethical concerns for animals, which is significant.

​Veganism is more than just a diet

The difference in ethical concerns for animals is huge as it is the foundation for many vegans diets and extends into their lifestyles. Vegans identify strongly with seeking to reduce animal suffering completely and often are outspoken advocates for animal rights. Vegans view animals as living, intelligent, loving, social and pain feeling beings that want to live freely and should have the right to do so. They view animals as conscious beings, not commodities to be used, bought, sold, bread and killed. This context explains why vegans seek to exclude animal products in every aspect of their life as much as possible, from not buying leather and wool to avoiding anything tested on animals to avoiding visiting places with animals in captivity to even eschewing medicines if possible because they were tested on animals.

Veganism refers to a strong commitment to ethical standards that influence one’s life in every way possible. It is not just the food they eat. This may look different from one vegan to the next, and while not all vegans may be out protesting SeaWorld, those that went vegan for animal rights do not frequent such places because of their morals. This strong conviction and moral compass makes a vegan lifestyle far different than a plant-based in that it extends to compassion for all living things instead of being strictly health and environmentally focused. Although those are also typically also what most vegans consider to be part of veganism and what it is about. Veganism, simply put, is a diet and lifestyle influenced by a strong moral opposition to animal suffering and death. In comparison, plant-based is a diet based upon eating mostly or all plants with no other implications.

​Are there any similarities between the terms plant based and vegan?’ 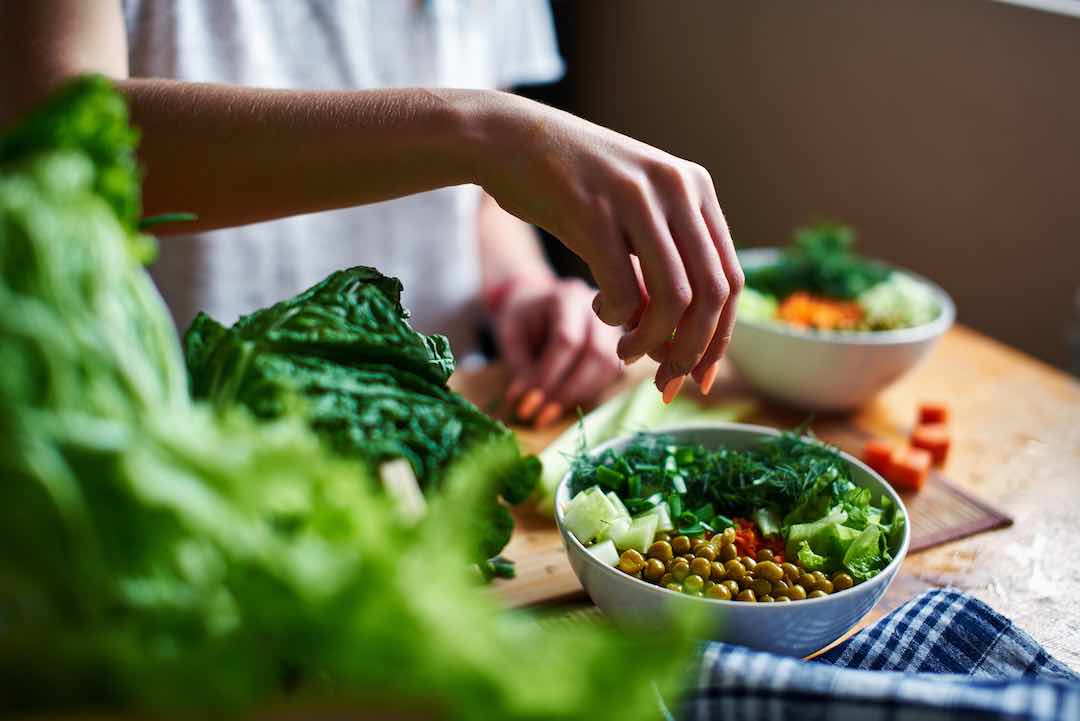 Absolutely! While the reasons for using one term or the other may be completely different, there is still one major similarity!

Plant based and vegan both refer to diets based upon eating plant foods.

Whether this means eating only whole foods or processed foods, or eating mostly plant based but sometimes animal products or only plant based all the time, the focus is on eating plants. Eating more plants is always a worthwhile and commendable goal as plants have been shown to have a variety of protective properties against heart disease and certain cancers as well as a variety of other ailments including inflammation, diabetes, high blood pressure and constipation. Eating mostly plants is a great foundation for any diet regardless of the reasons. Additionally, eating mostly plants or all plants automatically means that less animals are suffering and dying which is also a great natural consequence. Eating plant based and vegan are similar in the potential outcomes for one’s health as well as for the potential reduction of death in animals.

​​Does it really matter if you use the terms plant based and vegan interchangeably?

This is another complex question. It can really vary depending upon why someone is using the term and who they are speaking to. If someone is using the term plant-based to describe their vegan lifestyle to someone who may not be able to grasp veganism then it may be an easy way to help them understand that you eat only plants. This could be helpful in passing when speaking to an acquaintance or when trying to help someone cater to our diet for an event.

However, on the flip side, eschewing the word Vegan because you think it is scary or exclusive or negative may be detrimental. While veganism has long endured stereotypes including “the angry vegan” or “the vegan police”, we can be doing veganism, and therefore animals, a great disservice by discontinuing the use of the word vegan.

Veganism has a definition based on reducing animal suffering as much as possible. And it’s up to us to spread awareness of the term and its meaning and not let it die out in fear of rejection or negative reactions. If we help others to understand what a vegan lifestyle is about in a compassionate way while being a thoughtful and kind example of compassion, we can help to shift perspectives and also help people to understand that eating plants isn’t just about health, it’s about truly caring for all the living beings on this earth. That isn’t to say that protestors or those who fight for animal rights are wrong or should not be heard, but rather that we can also be instrumental in change by being clear and compassionate in explaining to others what veganism is.

So while the term plant-based can occasionally be helpful in a vegan’s vocabulary, it is not interchangeable. We strongly urge all those who are vegan to consider why they are and what it means to them. Being healthy and kind examples in the world is one of the best ways to help to change it. Continuing the word Vegan has potential to make a profound impact not only on people’s health and the health of our planet but on the lives of those who can’t speak for themselves but want to live. We have the power to change the world, even just by using a word, and that is pretty incredible.