Vegan Sources of B12﻿ 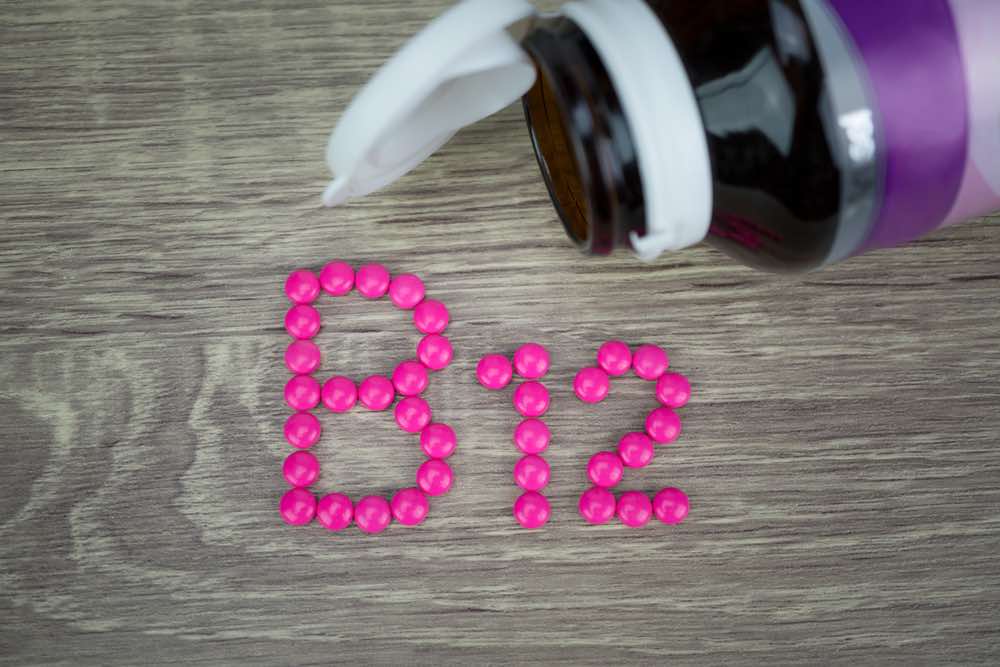 B12 is often one of the first things vegans are questioned about when it comes to their diet and potential nutritional deficiencies. Many people believe that vegans are automatically B12 deficient or that we aren’t meant to be vegan since it’s believed B12 comes solely from animal products.

We’re here to shine a light on these misconceptions and help you to understand where B12 comes from, what role it plays in the body, what happens if there is a deficiency, and how to obtain enough. B12 deficiency is not a huge concern for vegans as long as they are well educated on how to obtain it, just as anyone should be educated on their personal diet and what they may need to obtain from outside sources to thrive. Being vegan isn’t about perfectionism or living without supplementation. But rather, it is being responsible for our health and wellness while abstaining from animal products.

B12 is synthesized by bacteria, commonly found in soil and dirt. B12 is a vitamin responsible for a wide variety of processes in the body, from proper nerve functioning, DNA synthesis, red blood cell formation, and normal fetal formation, to effecting everyday things such as mood, energy and possibly memory.

​​Where does vitamin B12 come from?

B12 is made by bacteria found in soil, or commonly made through fermentation or chemically synthesized for supplementation.

There are many theories about how humans obtained B12 prior to modern times. One theory is that years before humans had to worry about topsoil erosion, petrochemicals and pesticides in our soil and water, it’s believed that humans obtained B12 through eating foods that still had dirt on them. Some theorize that prior to consistent meat eating, perhaps we at one point were able to make it in our own guts. Animals have bacteria in their gut that help them to synthesize B12. this includes primates, who are some of our closet relatives. Humans, however, are not able to synthesize B12 in our guts. At least, not in a way that is able to be absorbed, as we synthesize it in our large intestines and it is absorbed in our small intestines. We currently can get B12 from a few sources:

Many health experts agree that it may be challenging if not impossible to obtain B12 through fortified food sources due to the quantity needed as well as the type of B12 the food is fortified with, which is discussed in depth in this article. Dr. Gregor of Nutrition Facts states that B12 can be obtained through fortified sources, but in particular quantities, multiple times a day at particular intervals making it a more convenient and reliable option to supplement for most.

​What happens if there is a vitamin B12 deficiency?

Up to sixty percent of our B12 intake is stored in our liver. Depending on our levels, it can be used for years until it becomes depleted and a deficiency shows up. The following are a few serious symptoms that can occur with B12 deficiency. Keep in mind this list isn’t extensive. We are just beginning to learn all the ways B12 has an impact on our health.

Tingling or numbness in hands and feet

B12 deficiency can lead to long term nerve damage. It can manifest as numbness or a pins and needles feeling in one’s hands and feet.

May Cause Anemia and Fatigue

B12 deficiency can result in your body not having enough red blood cells. This means that your body’s organs and tissues do not get the oxygen they need and therefore will not function properly. This can cause a variety of issues including fatigue, trouble walking, irritability, fast heart rate and more.

​Difficulty with memory or thinking

Low levels of B12 in the elderly were found to potentially contribute to poor memory and cognitive decline.

​​Depression or mood changes such as irritability

Those suffering from depression may have low levels of B12 and supplementation may improve outcome.

​​Is Vitamin B12 deficiency simply a vegan issue?

Additionally, one study, The Framingham Offspring Study found that B12 deficiency may affect at least 39 percent of the population regardless of age or diet. The study also found that supplementation was the most effective way to have adequate or higher levels. In fact, it found that eating meat and animal flesh did not increase B12 levels or decrease the chance of being deficient, despite popular belief that this is the key way to avoid deficiency. It’s clear that more research and an in-depth look at all groups is necessary to gauge just how widespread this vitamin deficiency is, and that it’s important to supplement to ensure adequate levels as well as be aware of the facts that this is truly not just a vegan problem.

​What ​is the best form of vitamin B12 to supplement with?

As it’s been established, while some foods may be sources of B12 as they are fortified or may contain some naturally occurring, it isn’t clear whether these forms are the active forms that the human body needs and whether we can obtain any reasonable amount from them. It’s clear that supplementation is the best way to ensure you do not become B12 deficient. There are several forms of B12 on the market. We are discussing, in particular, the forms found in oral supplements, not in shots or IVs. The forms of B12 most commonly found in oral B12 supplements are cyanocobalamin and methylcobalamin. We break down the two forms below, why they’re used and some components of the specific form as well as give our recommendation for which form to use.

This is the form most often used as it is cheaper to obtain as it is synthetic. Cyanocobalamin contains cyanide, which is in a very small amount that is said to not be of any concern as it is so small. Even in high doses, this form doesn’t pose a risk, although some people remain skeptical. Some research has shown that people with compromised health or a deficiency may not do as well with this form.

There research on B12 forms and absorbability is not extremely conclusive. While supplementing at all is the most important factor, we personally choose to use the methylcobalamin form as it’s the form the body breaks B12 down into to use.

​​Our Favorite Vegan Vitamin B12 Supplements

The following supplements are our favorite ones that are all methylcobalamin form. They all differ in the form they’re available in. However, they’re all great options depending on the price point you’re shopping in and what your personal preferences are when it comes to taking a supplement. 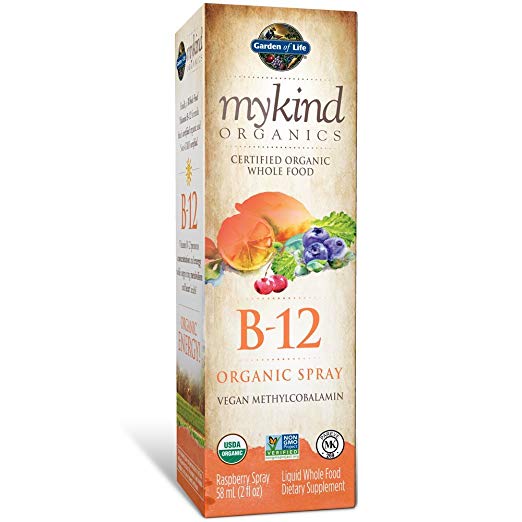 Dose: 1 spray is 500 mcg methylcobalamin
Why We Love It: This B12 spray is made from organic, whole foods sources. It has minimal ingredients and tastes absolutely delicious! It’s extremely affordable, especially considering how high quality the source is, and has ample servings for its price. It’s by far one of the best options on the market. This brand is available at many retailers both online and in stores. 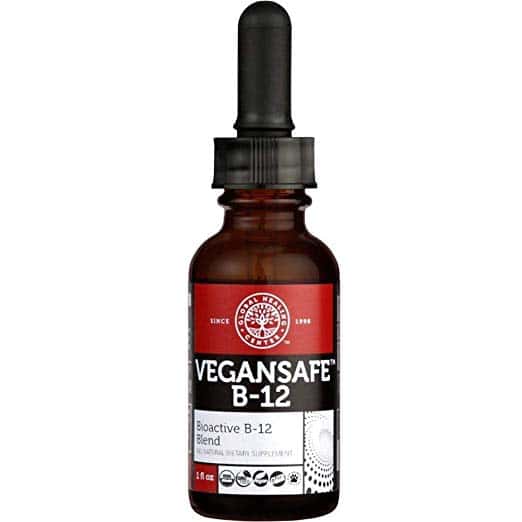 Product Name: VeganSafe B-12
Dose: 1ml is 2,500 mg of 80% methylcobalamin and 20% adenosylcobalamin
Why We Love It: This is a really unique formulation of B12 that offers two different forms of cobalamin. When combined, these two forms are extremely easy to absorb as they don’t need to be broken down in the liver. While this form is more expensive than others, it’s relatively easy to find online. It's a great option for everyone, particularly those who are suffering a deficiency or want to boost their levels rapidly. 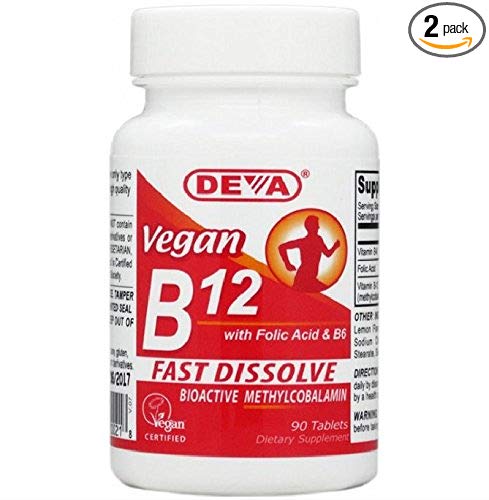 Dose: 1 tablet is 1,000 mcg methylcobalamin
Why We Love It: This B12 is in tablet form so it is a little more processed than the first two we mentioned. However, it tastes good and is still the correct form of B12 for best absorption. Moreover, it’s at a great price point. This tablet not only tastes good but is easy to find at most health food stores, Whole Foods and online.