Gluten Dietary Restrictions: What Can I Eat? 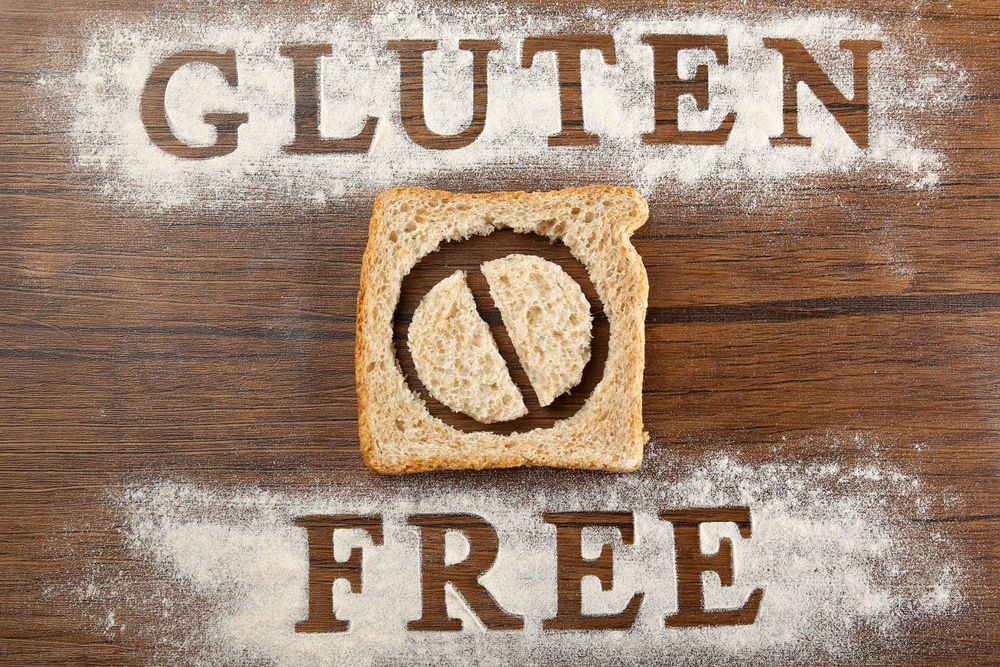 Gluten-free diets are becoming increasingly popular in western society. In fact, a gluten-free diet appeals to over 30% of the population. Since celiac disease and gluten intolerance, two of the main reasons for ditching gluten, is relatively rare it’s clear that this lifestyle is catching on with the general public. If you want or need to get rid of gluten, you’re probably wondering about the gluten dietary restrictions associated with a gluten-free life. You might be surprised at what foods you can and can’t eat while going gluten-free. Ahead, we’ll explore gluten-free further as well as give you an overview of what foods to eat and which ones you should avoid.

The term “gluten-free” is thrown around so often that many people wonder what gluten is. Before the last decade, you could likely live your whole life without ever hearing the word, but now it’s everywhere in the grocery store. Gluten is a protein you’ll find in some grains like wheat, barley, and rye. It’s responsible for the chewy characteristic of many bread products, which is why you’ll most often find it in bread and other baked goods.

Celiac disease is a serious autoimmune disease that affects about 1% of the population. For people with this condition, eating gluten triggers the immune system in a way that causes damage to the small intestine. Over time, the damage will get to a point where the subject can no longer absorb nutrients from their food. Although the condition is serious, Celiac disease affects such a small percentage of the population. Why then, does a gluten-free diet appeal to over 30% of the US population?

People with gluten sensitivity are more common than those with celiac disease, with researchers estimating that nearly 18 million Americans have some form of non-celiac gluten sensitivity. These people express some of the same symptoms as those with celiac disease, though gluten doesn’t do damage to their small intestine. Eating gluten will give them an upset stomach, diarrhea, constipation, or abdominal pain, just like the 1% of people with celiac. Although this sensitivity is more common than celiac disease, it’s still relatively rare and doesn’t account for the number of people who choose to live a gluten-free lifestyle.

Although research hasn’t fully corroborated the benefits of living gluten-free, many people are hopping on the train. Gluten dietary restrictions are becoming more popular with the general public – even those who have no reason to avoid the protein. By all accounts, it looks like a dietary fad for those who don’t have a sensitivity to gluten. The only tangible evidence for a gluten-free diet is anecdotal. Researchers have mainly focused on gluten as it related to celiac disease and sensitivity, so there isn’t much clinical evidence when it comes to the benefits of removing gluten from your diet.

The Downside of Avoiding Gluten

If you aren’t someone who is naturally intolerant of gluten, there are a few risks when it comes to avoiding it altogether. You might be skipping some essential nutrients like fiber and some vitamins by avoiding gluten. Make sure to consult with a doctor before starting on the gluten-free path. Supplement your diet with some foods that will give you the vitamins and fiber you’re missing by avoiding gluten. Gluten-free does not mean something is healthy. Many gluten-free foods are just as unhealthy as their counterparts that include gluten. There’s so much good gluten-free food out there, so you won’t have to worry about giving up your favorite treat, but know that just because you’re avoiding gluten doesn’t mean you’re automatically eating healthy foods.

What Can I Eat?

If you’re staying away from gluten because you have celiac disease, a gluten intolerance, or just want to see how you feel, there are plenty of options out there for you. In fact, the gluten dietary restrictions aren’t as bad as you might think. Vegetables, fruits, non gluten containing grains, beans, nuts and seeds are all common gluten-free foods that you probably already eat every day. A typical gluten-free diet will incorporate these foods more in place of other foods with gluten in them.

It’s common for people to think that gluten-free means you can’t eat any grains. In reality, that’s completely untrue. You’ll find gluten in a lot of bread, pasta, and baked goods, but that doesn’t mean all grains and starch-containing foods are off limits. If you’re going gluten-free, you can still eat rice, soy, beans, tapioca, millet, potatoes, yucca, certain oats, and nut flowers. On the other hand, you should always read the label of whatever foods you’re buying. Many will say “gluten-free” proudly, but others will take a bit more digging. Lately, more food companies have been creating gluten-free options, even in foods that traditionally contain the protein.

What to Avoid on a Gluten Free Diet

As we’ve stated, many companies are printing “gluten-free” on their packaging, even when their product never contained gluten in the first place. Unfortunately, gluten is hiding in the most unlikely of places. Foods that you may have never thought contained wheat or gluten may have some in the ingredients list. If you have an intolerance to gluten, you have to do your due diligence while you’re at the supermarket.

Soup is one of the unlikely sources of gluten that you may have never considered. You know enough to stay away from wheat products, but soup? Unfortunately, companies often add wheat to their broth to make it thicker. The same is true for sauce and paste. Avoid soups that don’t have a gluten-free label, and read the ingredients list carefully to make sure you’re not jeopardizing your health.

Oats are tricky since most don’t contain the protein gluten. Even those with celiac disease can handle some oats in their diet, but they have to be careful. Farmers usually use the same equipment for harvesting oats as they do for harvesting wheat. This practice means that the oats are contaminated with wheat before they hit the shelves. Look for pure, uncontaminated oats when buying them at the store. Natural, organic, and local brands have the best chance of being uncontaminated. The big names probably can’t guarantee that you won’t be getting some gluten in your oats.

Organic fruits and vegetables don’t have gluten, but it’s possible for some processed fruits and veggies to contain the protein. Dried foods and smoothies at the supermarket have a chance to contain gluten. Packaged vegetables and potatoes also run the risk of being contaminated with gluten. As always, take care in reading the labels before you buy and prepare something. Gluten is sometimes hiding in the most unlikely of places.

You probably won’t find gluten in most of your drinks. Even sodas and juices are gluten-free for the most part, and if you’re ordering at a restaurant, you’re probably safe. If you want an alcoholic drink, stick to wine and hard liquor instead of beer. Beer, ale, lagers, and any other drink that falls into this category contains gluten. Unfortunately, a gluten-free diet means you can’t easily enjoy a cold beer anymore. In fact, these drinks are relatively high and gluten, so you should stay away from them more than anything. The good thing is that there are some alternatives to regular beer. The gluten-free options are usually lighter and less flavorful, but it’s a trade-off you’ll have to make. When all else fails, it’s never too late to develop a taste for wine.

When you go to a restaurant, make sure to tell your waiter or waitress that you have a gluten allergy or intolerance. If you don’t, they’ll cook your meal on the same surface that they use for all the other meals they cook. This is one way that you’ll contaminate your food with gluten without ever knowing it. You could be following a strict gluten diet without experiencing the benefits, and this could be one of the reasons why.

Transitioning Away From Gluten

If you have celiac disease or a gluten sensitivity, there’s no choice but to give up some of the foods you once loved. Things like bread and beer have to be ditched, but there are some decent gluten-free options available to you. Now that gluten-free has become more popular, companies are choosing to make some of their popular foods without the protein that they once contained. If you don’t have a disorder that makes you sensitive to gluten, there are still some anecdotal health benefits that a gluten-free lifestyle may provide. Researchers are even exploring a gluten-free diet as a treatment for autism, though the jury is still out here. Although some people need to go gluten-free, keeping a complete diet through the process is essential. You might be missing some nutrients, vitamins, and fiber by avoiding gluten, so check with a doctor or dietician before embarking on a gluten-free diet. Read labels carefully for hidden sources of gluten, and you should be on your way to a gluten-free lifestyle.