Impossible Burger Review: A Vegan Burger That Tastes Like Meat 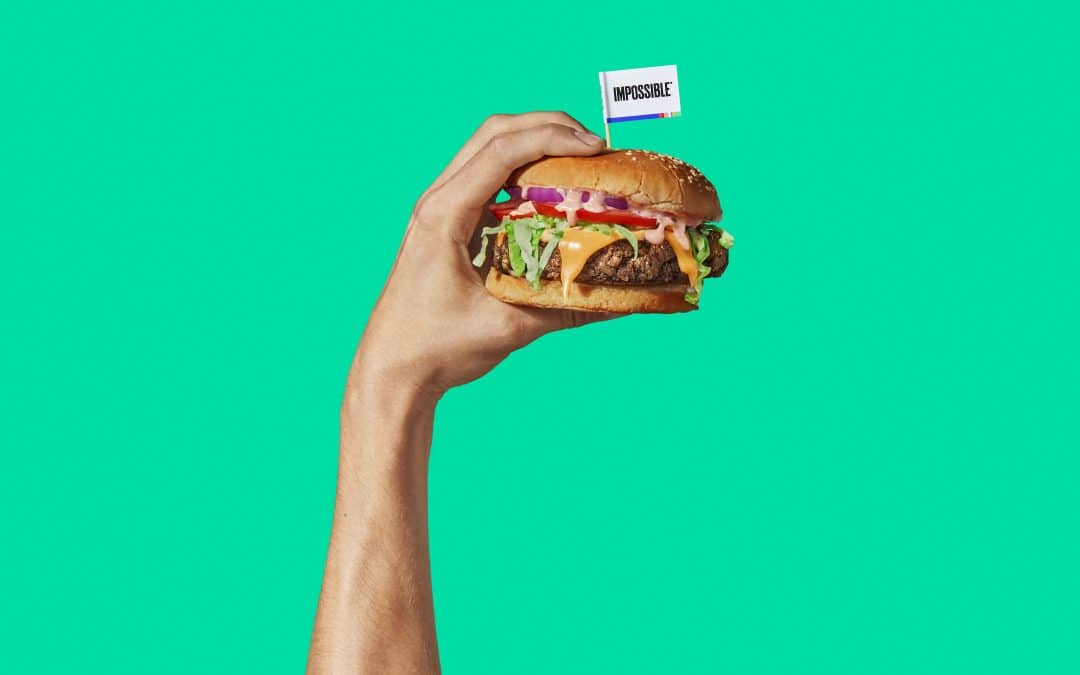 A plant-based diet is associated with a decreased risk of heart failure, diabetes, high blood pressure, and cancer. Is it any surprise that people are demanding more plant-based sources of nutrition?

What Is the Impossible Burger? 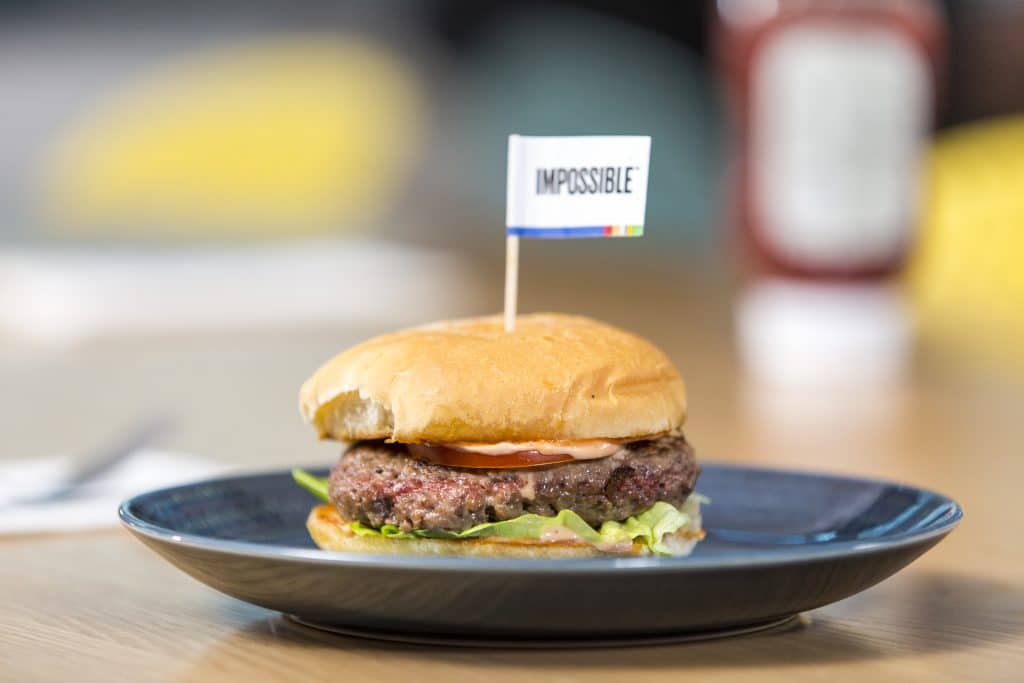 The Impossible Burger is a plant-based meat substitute. Impossible Foods, founded by Patrick O Brown in 2011, invented the Impossible Burger. Brown is a biochemist and professor emeritus at Stanford University. At conferences, Brown would educate others about the environmental harms of factory farming, but he became jaded as he saw no progress.

Vegan burgers can lack the texture of beef. They are traditionally a combination of soy, beans, and lentils. The main ingredients of the Impossible Burger are natural: water, soy protein concentrate, coconut oil, sunflower oil, and natural flavors.

The texture comes from the ingredient methylcellulose, which is a bulk-forming binder. This ingredient gives the burger an abundance of fiber. The Impossible Burger has an incredibly similar texture to ground beef.

When you cook it on the grill, you can char the outside, reminiscent of cooking a hamburger. It is pink on the inside and has a very similar appearance to meat. In this Impossible Burger review, we take a look at the science of this vegan burger.

The secret to making the Impossible Burger taste like meat is heme. Found within all organisms, heme is a vital iron-containing compound.

A heme-containing protein made in the roots of soy plants called soy leghemoglobin was the starting point for Impossible Foods. Using biotechnology, they inserted DNA from the soy plants into yeast colonies. By doing this, the company was able to produce heme sustainably.

Heme sets Impossible Burger apart from other competitors. It enhances the color and gives it a juicier texture. Furthermore, heme-bound iron is more likely to be taken up by the body. It is vital for vegans to acquire enough iron through their diets, so this innovation is significantly enhancing vegan nutrition.

​Is it healthy and environmentally friendly?

A 4-ounce burger contains 240 calories, 14 grams of fat, 8 grams of saturated fats, 19 grams of protein, and 370 mg of sodium. The Impossible Burger contains an impressive amount of essential vitamins and nutrients such as iron, folate, and vitamin B-12. Overall, it is a good source of plant-based protein and a healthy meal.

Every year more than 9 billion animals are killed on factory farms, even though scientists now know that animals have emotional inner lives and consciousness. Society's collective addiction to meat has further fueled climate change and antibiotic resistance. Millions of acres of trees are destroyed every year to create room for cattle pastures.

The company claims to be a proponent of animals rights and positive change, but Impossible Foods has made an alliance with Burger King with the premiere of Impossible Whopper. Understandably, this comes with a lot of criticism as Burger King profits off the meat industry. Realistically, I don't know if this marketing campaign is helping Impossible Foods to accomplish their mission to end animal agriculture.

I know that, as a vegan, I would not be able to walk into a Burger King with a clear conscience. Luckily, you can find the Impossible Burger is a variety of stores across the U.S. Sometime in 2019 it will become available in grocery stores.

​What you are getting for your purchase

You are getting a guilt-free protein alternative that tastes similar to meat. It is possible to get all the amino acids one requires from plant proteins. Plant-based diets are recognized as nutritionally significant and used to prevent chronic illnesses. A plant-based diet is associated with a reduced risk of mortality, cancer, type 2 diabetes, and cardiac events.

The consumption of red meat is associated with heart disease and early mortality. For health reasons, it is essential for these alternatives to meat to become available.

People need to understand that becoming vegan does not mean resigning to eating boring food. Vegan food is just as delicious and healthy. These companies are seeking to create delicious food so that vegans do not have to sacrifice anything to adapt to a new lifestyle.

Many people are becoming more conscious of the consequences of a carnivorous lifestyle and seeking to change their diet. The Impossible Burger is successfully opening more people up to a vegan lifestyle.

How Does the Impossible Burger Review?

The Impossible Burger review is positive in terms of taste. Many find the taste is very similar to beef, but not everyone is so pleased. Vegans can even find it gross when eating it or feel uncertain that it is not beef. It might not be a perfect replication for the picky eater, but the Impossible Burger shows people that vegan food can be equally delicious.

Though, if you do not like beef, you will probably not enjoy this burger. It is meant to be an alternative, and it tastes very similar to the point of being uncanny.

Some people were able to tell the difference, but for me, I felt like I was genuinely eating a burger again. For some vegan eaters, this was repulsive. But realistically, if you do not like the taste of a burger, you will probably not want to buy a burger meat replacement anyway.

The Impossible Burger review, in terms of health, is positive. Heme is an excellent source of iron that is readily bioavailable in the body. Heme-bound iron is like those found in animal meats. It is more likely to be taken up by the body as compared to plant-sources of iron that are not heme-bound. The Impossible burger comes packed with nutrients that help vegans to live a healthy life.

How Does the Impossible Burger Review Against Similar Vegan Burgers?

2019 has been a big year for alternative vegan burger companies. Beyond Meat and Impossible foods have stolen the spotlight through their innovation, but there have been delicious vegan burgers on the market for many years.

Although we usually try to find out what Amazon customers have to say, because their ratings are fairly credible, that wasn't possible for the Impossible Burger. However, we were able to find out what professional critics had to say.

The factors we take into consideration are taste, ingredients, and nutritional value. Furthermore, I have personally tried them, so I give my input as a vegan.

Beyond Burger® from Beyond Meat®, Plant-Based Meat, Frozen, 40 -...
Buy on Amazon

The Beyond Meat Burger is the idea of the founders of the company Beyond Meat. They have a similar mission to create an alternative for a better future for our planet.

As an alternative, it is compelling. The appearance has a remarkable resemblance to ground beef. Due to beet extract, it has a red tint and bleeds like meat. The umami flavor is delicious, and the burger feels like a nourishing meal.

You can also get a nice char on the outside of this burger, and it is pink on the inside. Remember, this burger was meant to mimic beef, so it is not for everyone. Some vegans may find the similarity repulsive, but the flavor of the burger is still distinct. As a vegan that does not particularly like beef, I enjoyed the Beyond Burger.

For those with allergens, it an excellent choice, for It is free from both soy and gluten. Beyond Burger utilizes pea proteins as an ingredient. Nutritionally, it is a healthy non-GMO source of plant protein. A 4-ounce patty comes with 290 calories, 22 grams of fat, 5 grams saturated fat, 20 grams of protein, and 450 milligrams of sodium.

Beyond Meat Burger has a 4 out of 5-star rating from Amazon customers. 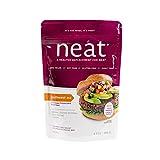 Is the Impossible Burger Too Good to Be True?

Our Impossible Burger review has a favorable verdict, but there are many options available. Vegan eating is full of diverse possibilities for crafting delicious meals. Companies developing alternatives are inviting new people into vegan living. By creating delicious vegan foods, they are expanding options for everyone and growing a stronger vegan culture.

We support the mission of Impossible Burger to create sustainable replacements. Impossible Food's science creates a new way to create heme, providing a rich and sustainable source of nutrition for many vegans. It is so important to expand the awareness that going vegan doesn't come with sacrifices. All you have to sacrifice is guilt for harming animals. Vegans get to enjoy a variety of delicious foods packed full of nutrients.

The Impossible Burger is only the beginning. The marketplace for the meat alternative industry will continue to grow as more people learn of the benefits of a vegan lifestyle. More people are gaining awareness of the dangers the planet faces due to factory farming and industrial agriculture. I am thankful that people are doing what they can to make the world a little bit kinder, safer place to live while providing nutrition for many.