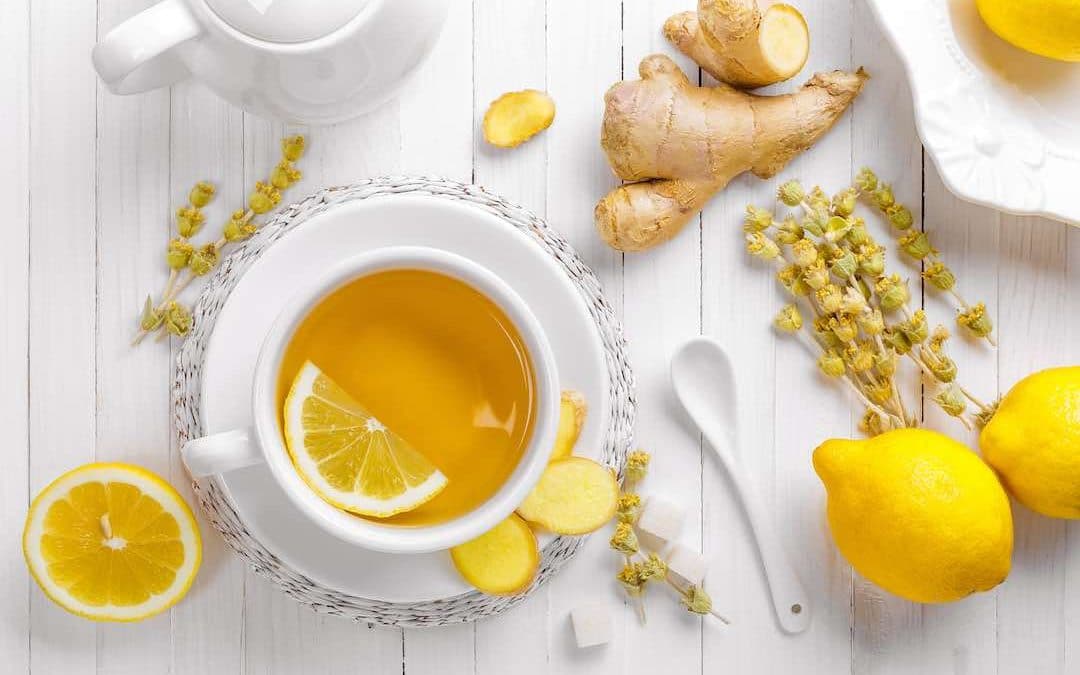 Ginger is a well-known herb with a long history of use all throughout the world. Ginger is a rhizome and is thought to have originated in southeastern Asia. This fragrant plant has a vibrant past with both medicinal and culinary usage widespread in China and India. Then, it spread to the Mediterranean region by the first century. Eventually, it became well-known and widely traded throughout Eastern Europe. It also made its way to America, where it is now widely available in both fresh and supplemental form.

Despite the love many have for ginger in culinary use, it originally became well-known for its purported medicinal properties. Ginger was used to aid in digestion and a variety of digestive complaints. Today, science is catching up with what people knew thousands of years ago, that ginger is a medicinal powerhouse and in the right dose, is capable of helping to alleviate a variety of ails.

Ginger tea is one easy and delicious way to consume this plant and while it isn’t always as potent as targeted supplementation, it can be an amazing way to reap benefits daily. In addition to the now scientifically known healing properties of ginger, it also contains a variety of vitamins and minerals in trace amounts. These include vitamin b6, magnesium, zinc, folate, and riboflavin. This is a truly medicinal plant that deserves a try as part of your tea repertoire. We’ve rounded up studies to share with you the top ten healing benefits of ginger as well as how to make your own tea, what boxed teas we love as well as a ginger tea latte for a delicious and healthy treat. 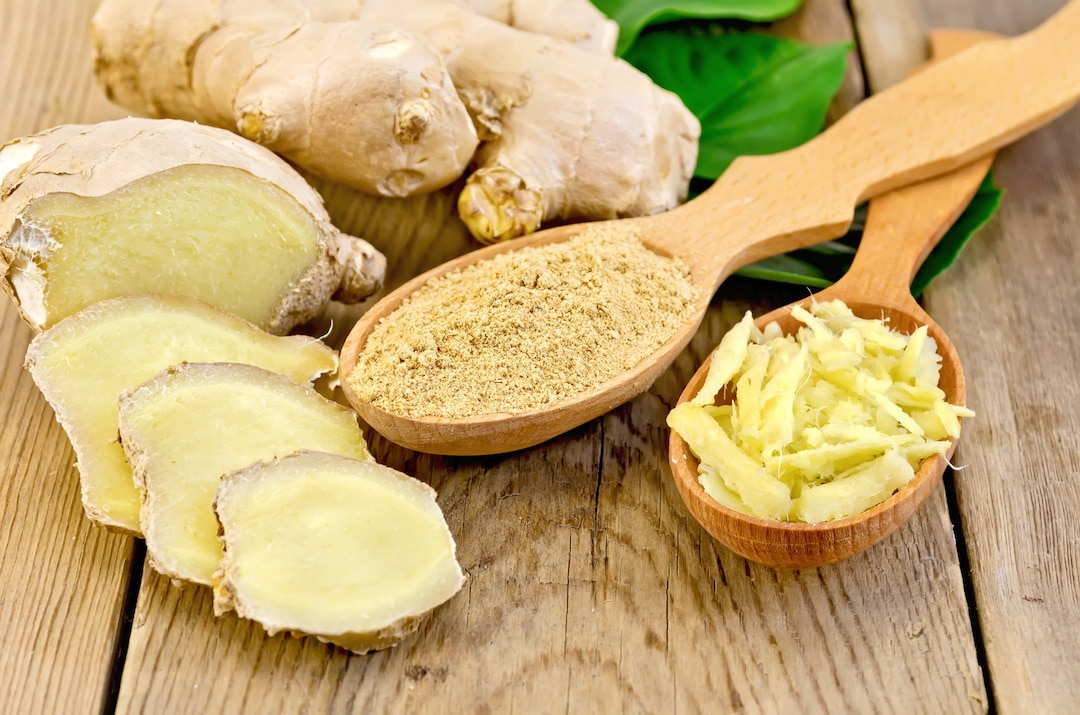 ​Ginger is an effective tool to combat nausea and vomiting in pregnancy.

It’s thought that more than fifty percent of women experience nausea during pregnancy, with it typically ending by the fourteenth week of pregnancy for a majority of women. Most women know just how trying this period can be, as it’s a time of great joy that is often marked with an intense feeling of frequent and regular bouts of nausea that can be annoying at best and debilitating at worst. Luckily, several studies have been done giving pregnant women varying doses of ginger against a placebo. These studies found that ginger was more effective than the placebo at alleviating or decreasing the intensity of nausea and vomiting. This gives women hope as well as a non-pharmaceutical option to try when experiencing nausea or vomiting in pregnancy.

Ginger is effective at alleviating and preventing motion sickness.

For those who suffer from motion sickness, it can make car trips unbearable and make cruises an unobtainable vacation due to the daily toll it would take. Motion sickness is often either suffered through or a variety of anti nausea medications are used. Two separate studies found ginger to be effective at delaying the onset of motion sickness as well as causing overall less suffering from motion sickness.

Ginger ​is full of antioxidants and has the potential to prevent cancer.

According to the National Cancer Institute, free radicals are highly reactive chemicals and can cause harm to the body, especially in high concentrations and can cause damage to DNA. This damage to DNA is thought to play a role in the development of cancer. Antioxidants are chemicals that neutralize these free radicals and prevent them from causing damage. Most of the antioxidants the body uses come from outside sources, particularly diet. Ginger has been shown to have potent antioxidant activity and contains several different antioxidants. The current research on the antioxidants in ginger is extremely promising:

The anticancer potential of ginger is well documented and its functional ingredients like gingerols, shogaol, and paradols are the valuable ingredients which can prevent various cancers. This review concludes to favor ginger but some ambiguities necessitate further research before claiming its efficacy.

Ginger​ has the potential to lower cholesterol levels.

High cholesterol is a concern for many as it is believed to be linked to getting a cardiovascular disease. While eating a vegan diet is a guarantee to not take in any bad cholesterol, ginger may offer hope to those who already have high cholesterol. One study found that ginger was more effective than a placebo at lowering triglyceride and cholesterol levels as well as LDL levels.

Ginger​​ has the potential to alleviate diabetes-related symptoms and complications.

Type two diabetes is on the rise. The effects of the disease and complications can be devastating for those who have it. While pharmaceutical drugs and lifestyle choices are known to have an effect on the disease's impact, ginger has shown much promise in several studies to be an effective tool to combat it. Ginger has been shown to both reduce blood sugar levels as well as lower the fasting blood sugar level, which is one of the chief concerns for diabetics. Another promising study showed ginger helped to protect against cardiac myopathy induced by diabetes. These three factors combined make ginger a powerful ally in alleviating symptoms and aiding the body’s healing in those living with diabetes.

Ginger​​​ has the potential to alleviate muscle soreness.

Ginger is well known for it’s anti inflammatory properties, and this translates to having the potential to help with a variety of ailments such as muscle soreness and pain.

A study from Georgia College and State University studied 34 people and 40 people for 11 days, giving part of each group either raw ginger or heat-treated ginger powder during muscle testing that produced pain. The researchers found that both the raw and the processed ginger reduced muscle pain among the subjects 24 hours later.

Another study backed this up showing that ginger made moderate to large reductions in pain after exercise-induced muscle injuries.

Ginger​​​ has the potential to improve brain functioning.

Ginger is well-known to be a great source of several antioxidants. Some of these seem to play a role in increased brain functioning. One study found that middle aged women who experienced cognitive impairment experienced a significant improvement such as increased memory, attention and cognitive functioning through ginger supplementation and that "The present study clearly demonstrates that Zingiber officinale may enhance both the attention and cognitive processing in middle-aged women”

Ginger​​​​ has potent anti inflammatory compounds that may aid in a variety of ailments.

Ginger is well known to have anti inflammatory properties and several studies are now proving this. Whether those properties are applied for injuries, exercise-induced soreness, bodily inflammation, or brain health, research is backing up what many have known for a long time. That is that ginger can help alleviate pain as well as improve functioning.

Ginger has long been hailed as an immunity booster, and now several studies are backing up this belief with science. We’ve found several more reasons to go ahead and grab ginger at the first sign of illness. One study found ginger extracts to be far more effective killers of respiratory tract infection bacteria than the variety of antibiotics tested. Another study found that ginger not only inhibited growth of bacteria but also killed the oral bacteria that lead to periodontis. Another study tested both garlic and ginger on drug resistant bacteria and came to the conclusion that :

Put your water into a tea kettle and turn on medium high. Take your ginger root and cut it into cross sections until you have a tablespoon. These do not need to be peeled. Put ginger into the bottom of a mug, add maple syrup and lemon juice if desired. Add water once hot or boiling, and let sit for about 10-15 minutes, then enjoy.

These are our absolute favorite high quality ginger teas. All of these teas are organic and have slightly different tastes and are worthwhile investing in. 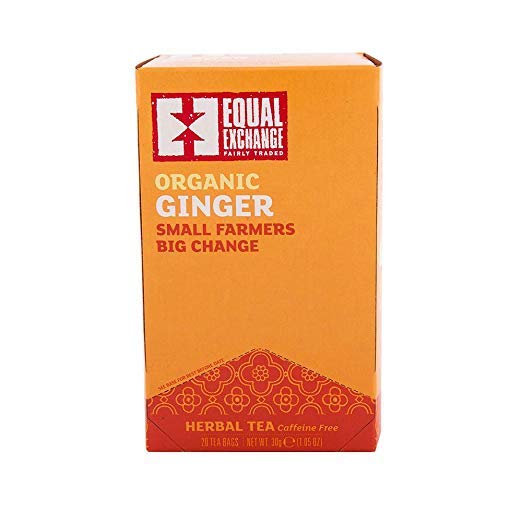 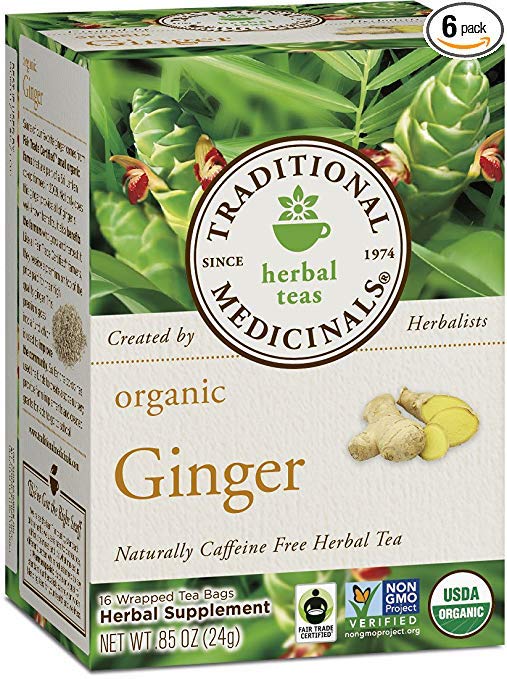 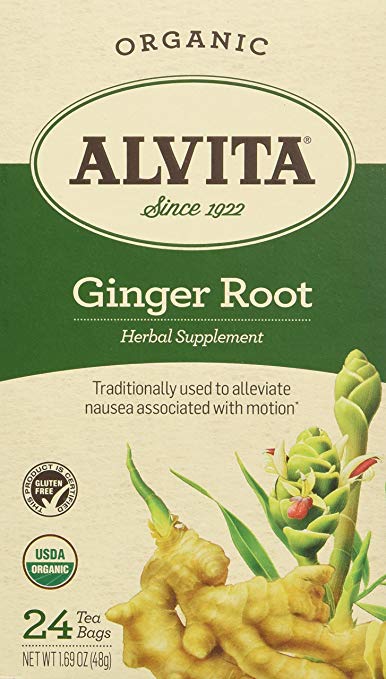 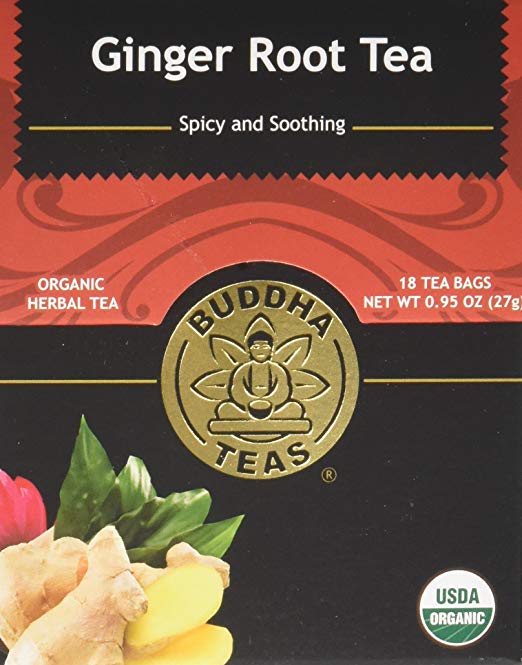 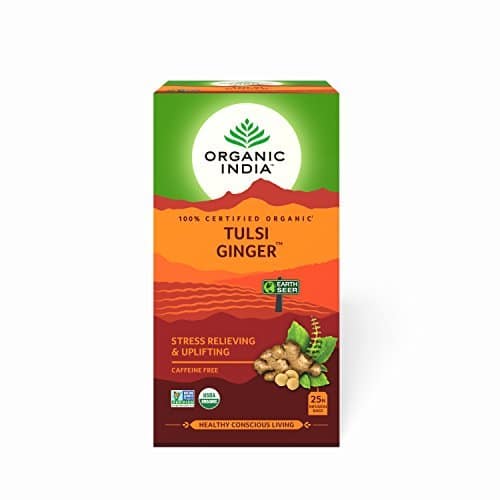 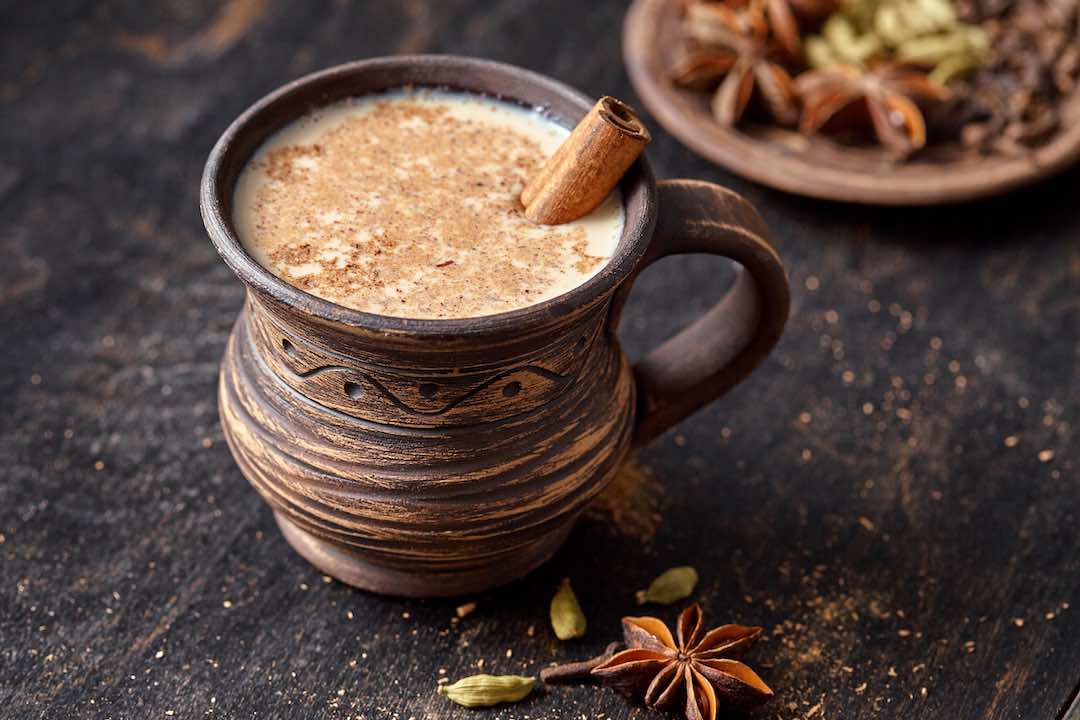 These are our absolute favorite high quality ginger teas. All of these teas are organic and have slightly different tastes and are worthwhile investing in.

Pour coconut milk, sea salt, sweetener of choice and any additional spices into a sauce pan and heat on medium until warm, but not boiling. Reduce to low and add in tea bags and let steep for 5-10 minutes, stirring occasionally. Remove from heat and carefully remove tea bags. Pour into a mug (or two) and enjoy!