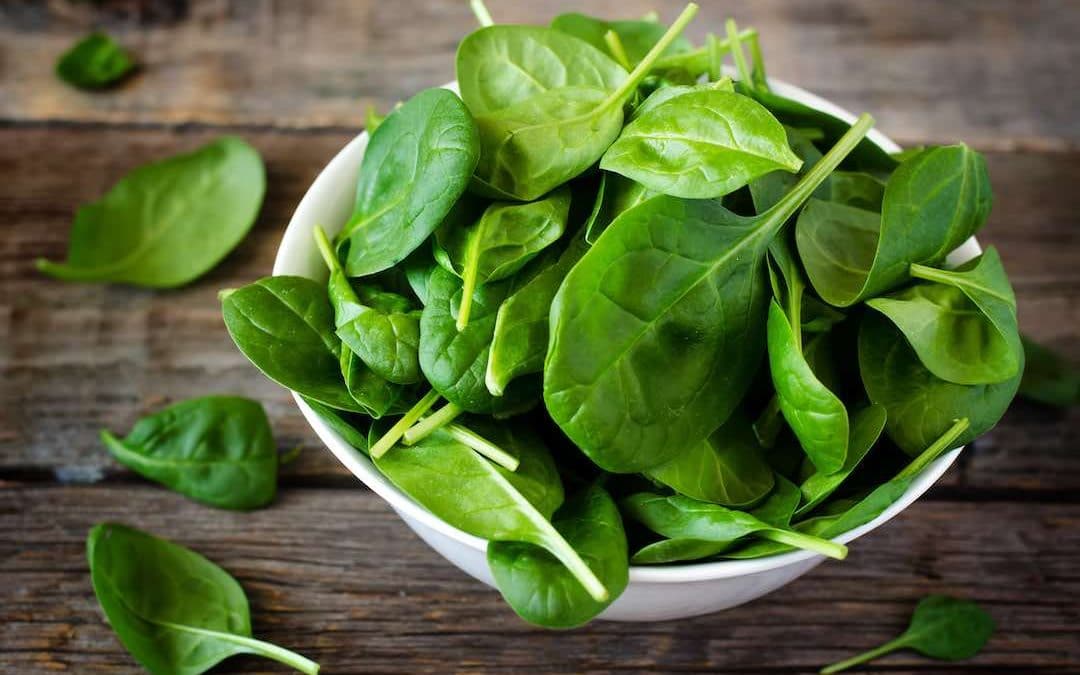 While spinach may not be as loved as the apple, it has long enjoyed a reputation as one of the healthiest foods to eat. Popeye made spinach famous as he guzzled it down to become stronger, and he was surprisingly accurate in depicting spinach as a leafy green that can boost strength through strong bones.

Spinach is a miraculous leafy green full of nutrients along with the abilities to help build strong bones, lower blood pressure and even aid in cancer prevention. Not only is spinach incredible for our health, it’s extremely affordable and accessible, making it a truly easy to consume superfood. We highly recommend always buying your spinach organic as it is  currently number two on the Environmental Working Groups “dirty dozen” list, meaning it has a high amount of pesticide residue.

We’ve gathered all the facts to share with you the top ten health benefits of spinach and have gathered some of our favorite recipes to make it even easier to get in this nutrient dense leafy green.

​Spinach is full of fiber.

Spinach is a good source of iron.

Spinach is a great source of the mineral iron. Iron in part makes hemoglobin, the substance in red blood cells that transports oxygen in the body. Without sufficient iron, you do not get sufficient oxygen transportation in your body and you may experience anemia and fatigue amongst a variety of other symptoms.

Spinach is a good source of calcium.

Spinach is a good source of calcium. Calcium is often referred to as the bone mineral as it helps to build strong bones and teeth and keep them healthy. Calcium is also crucial to proper muscle functioning such as helping them to contract, and it also aids in blood clotting.

Spinach is a good source of folate.

One cup of raw spinach contains roughly fifteen percent of the RDI of folate. Folate is important for cell division and DNA production. Folate is often one of the first nutrients recommended to pregnant woman as it helps prevent neural tube defects. Folate is important as it also combats anemia, fatigue, may decrease the risk of cancer and may help combat depression.

Spinach is packed with antioxidants.

Spinach contains carotenoids such as lutein and zeaxanthin and has been shown to be packed with antioxidants that help protect against oxidative stress. Spinach also contains alpha lipoic acid which has has promising results with neuropathy when injected into the body.

Spinach has a fair amount of protein per serving.

Spinach is roughly thirty percent protein by calories, making it a great way to get in extra protein. While protein isn’t hard to get on a vegan diet, getting in extra protein from a lower calorie source thats high in so many amazing antioxidants and vitamins is always a bonus.

Spinach was found to have at least a modest protective effect against breast cancer in one study. According to webMD, spinach is exceptionally promising in preventing cancer due to it’s lutein, zeaxanthin, and carotenoids, which some studies have shown could protect against mouth, esophagus, and stomach cancer. Additionally:

“An NIH/AARP study of more than 490,000 people found that those who ate more spinach were less likely to develop esophageal cancer. Some studies suggest the carotenoids in spinach and other foods reduce the risk of ovarian, endometrial, lung, and colorectal cancer, too.”

Spinach is great for healthy bones.

Spinach is a good source of calcium, so it’s no wonder it’s great for supporting healthy bones. Spinach is also a good source of magnesium, which aids in calcium absorption and helps ensure bones are hard. The National Osteoporosis Foundation recommends spinach as a great food for your bones due to it’s magnesium and vitamin K content.

Spinach contains ample amounts of vitamin K, with one cup of raw spinach providing more than the RDI. Vitamin K is important for blood clotting and strong bones.

Spinach is full of chlorophyll.

Spinach is one of the most chlorophyll-packed foods available. Chlorophyll is the pigment that makes plants green and helps to supply nutrients to the plant. Chlorophyll has been shown to help alleviate body odor, may help treat anemia since it is so close to hemoglobin, may aid in wound healing and may be useful in cancer treatment and prevention. 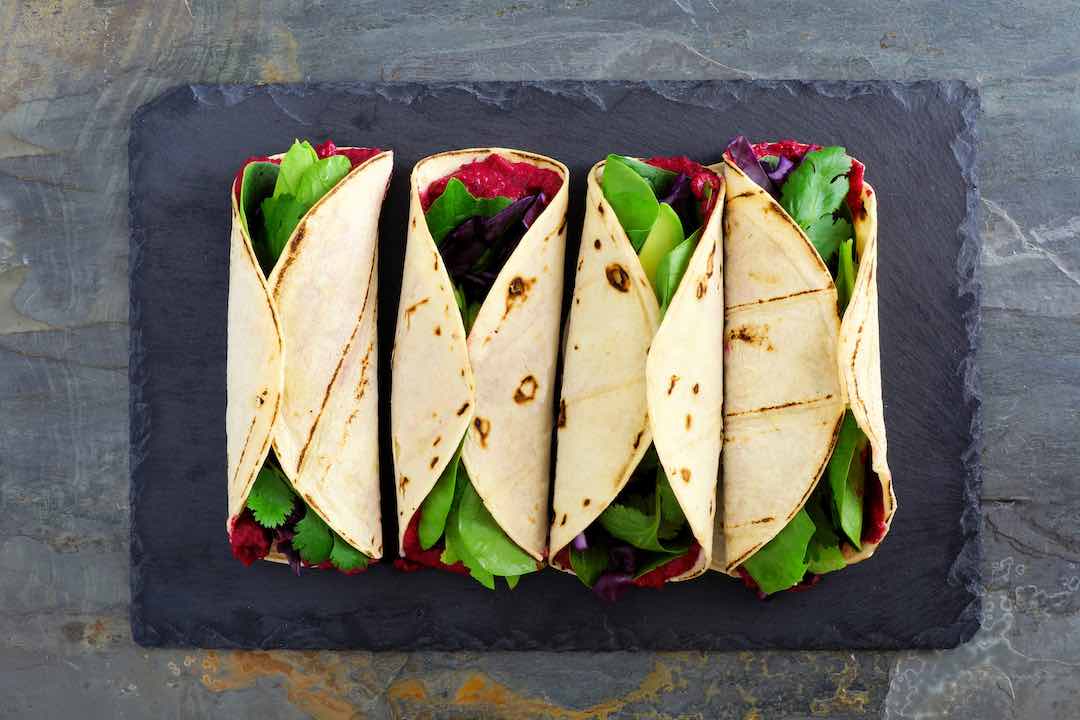 Where to Find it: The Awesome Green

Why We Love it: This recipe is so beautiful and so incredibly healthy! With ingredients like spinach, hummus, beets, avocado, sauerkraut and pumpkin seeds, its a nutritional powerhouse that makes a phenomenal lunch or dinner. It’s full of protein, antioxidants, fiber, vitamins and minerals and still tastes exceptionally delicious and fresh!

Where to Find it: Sweet and Savoury Pursuits

Why We Love it: This is the ultimate sweet green juice. Fresh and tangy pineapple combined with subtle spinach, sweet apples and spicy ginger makes the most perfectly balanced sweet drink. It’s rich in chlorophyll, enzymes, vitamins, protein and anti-inflammatory properties making it the perfect way to start your day and feel great!

Where to Find it: Salt and Lavender

Why We Love it: This recipe is so unique and tastes absolutely amazing. It’s savory, meaty, hearty, fresh and salty, making it the ultimate healthy ​comfort food​. We love that it’s filled with protein, antioxidants, vitamins, minerals and healthy fat.

Where to Find it: Detoxinista

Why We Love it: This recipe is whole foods based and comes together easily for an indulgent yet healthy dish. We love how creamy and savory it is and that the base of the dish is literally just spinach. It’s incredibly healthy filled with antioxidants, chlorophyll, protein and heart healthy fat, so double the recipe and eat up!

Where to Find it: Bakerita

Why We Love it: This recipe is so creamy and full of healthy fats, iron, minerals and vitamins! It’s an easy way to get in more spinach because who doesn’t love pasta? If you can’t find pine nuts or they’re too expensive, consider swapping them out for pumpkin seeds or hemp seeds. If you’re not a fan of added oil, you could always add more nuts or a tbsp at a time of unsweetened coconut milk to make it more creamy. 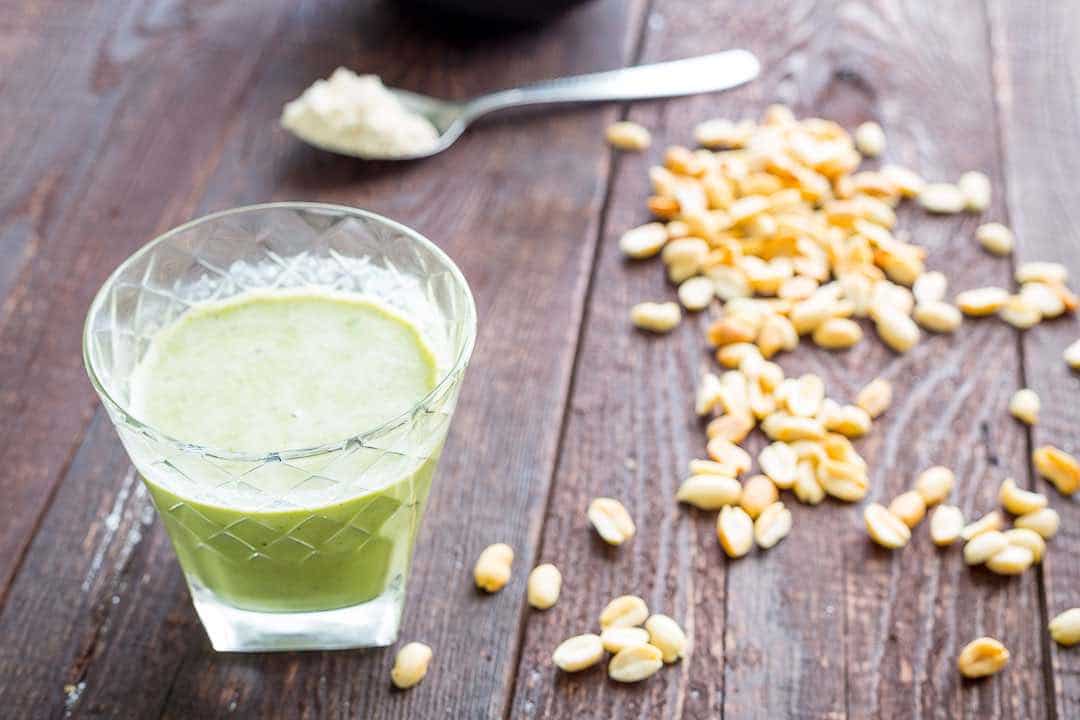 This recipe is a great way to get in your spinach while also getting a hearty dose of protein. It tastes amazing and is full of nutrients, making it a great daily addition to your meals.

Throw all ingredients into a ​high speed blender​ and blend until creamy and smooth.

This recipe is the perfect balance of sweet and salty and is a great alkalizing way to start your day! It’s filled with iron and vitamin C making it extremely absorbable and great for boosting your iron intake!

Run items through a juicer, starting with a handful of spinach, then some orange, then some celery. Continue rotating what you juice until all done.

This salad is a riff on traditional beet and goat cheese salads. It’s full of nutrients, antioxidants, and healthy fat and addictively delicious. It has a freshness and savoriness that can’t be beat and we guarantee this will become your new favorite salad.

Divide the spinach in half and put onto two plates. Next add half of each fresh herbs to eat plate, as well as half of the garlic to each plate. Once your beets are cooled, chop them into bite sized pieces and divide equally among the two plates. Drizzle lemon juice over the plates, top with nuts of choice and finally add as much nut cheese as you want and dig in!