Is a Raw Food Diet Worth Exploring?

While the idea of following a vegan diet is becoming more mainstream, its subsect of raw veganism is more obscure. A raw food diet is one that includes primarily fruits, vegetables, leafy greens, legumes, sprouts, nuts and seeds in their raw, or unheated state. Some people who follow the raw diet add in raw animal products or consume primarily animal products raw. The raw vegan diet is one that consists solely of unheated plant-based food and is what we are exploring. While the official temperature varies widely, most raw foodists agree that their food stays below a heated temperature of 115 degrees.

The temperature a food is cooked at may seem unlikely to have an impact, but a raw vegan diet places significant value on it. The temperature of roughly 115 degrees Fahrenheit is considered the gold standard because raw foodists propose food cooked over this lose valuable nutrients and enzymes and become harder for the body to process. Some raw vegans also propose it is the most natural diet for our species (with the exception of domesticated animals), as we are the only one that has such a variety of ills and we are also the only one to process our food and cook it. Those who flock to such a diet do it for a variety of reasons, such as disease, cleansing, spirituality and simply because it makes the most sense nutritionally to them. Could this diet hold the key to longevity and help us live more vibrant lives? It’s important to investigate the claims to determine how eating raw food can benefit our lives. 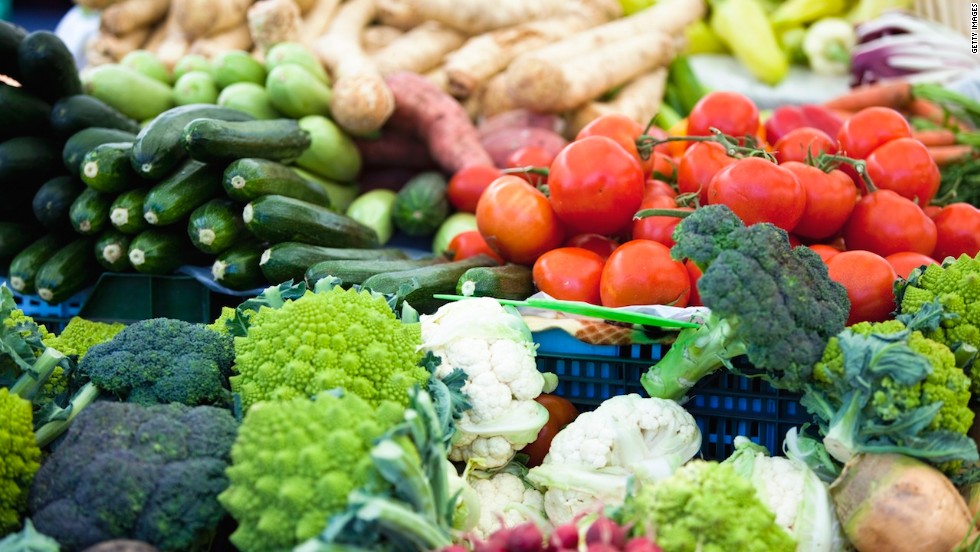 One claim made by those who follow a raw vegan diet suggests that food becomes less nutrient dense when cooked. This belief is partially backed up by science, as it is well known that vitamin C and B vitamins are destroyed by high temperatures. Vitamin C is crucial to skin healing as well as skin appearance as it helps make collagen. Vitamin C is also known as an antioxidant, helping destroy free radicals and prevent cellular oxidation, amongst other things. With such wondrous health benefits, it makes sense we would want to obtain as much of it as possible through raw food sources such as lemons, strawberries, Brussel sprouts and red bell peppers. The B vitamins are well known for energy production and helping to alleviate stress. In modern times with the high intensity, high stress lives most of us lead, it’s a no-brainer to consume as many B vitamins as possible to help offset this. Raw vegan foods that contain B vitamins are avocados, tomatoes, and spinach. This gets a touch more confusing when we acknowledge that science has shown absorbability is actually increased when some foods are cooked. While this makes the raw food diet a little less black and white, it is always worthwhile to consume raw foods for a variety of other reasons we will explore. While minerals are not destroyed by heat, enzymes are. Enzymes are present in plant-based food to help break it down, which work with our own bodies enzymes to digest food. While heating does destroy our foods’ enzymes, many enzymes are lost during transportation once food has been picked. This reason makes it worthwhile to consider growing your own food or buying locally to ensure optimal enzymatic activity in your raw foods.

The next idea we will investigate is whether this diet is the most natural for our species. Many who eat raw food diets believe that eating food in a raw state is what our bodies were biologically designed for and ensures our thriving health. While it is true that some nutrients are preserved and therefore available to us as well as enzymes to ensure better digestion, the assertion that cooking food makes it bad for our bodies is a trickier one to defend. It is true that no other animal in nature cooks its food, and it is true that non-domesticated animals do not have most of the diseases that humans are afflicted with. It is very hard, however, to prove cause here as no study has proven such. Contrary to the statement that cooked food is not natural, we have discovered ancient people over a million years ago have cooked their food, which does mean we have survived a long time with cooked food. So does this all mean cooked food is natural for the human body and health? The answer lies somewhere in the middle. While cooked food does not have as many bioavailable nutrients or enzymes, it does have nutritional value as well as providing calories. Some even theorize that eating cooked food helped ancient man obtain more calories and helped his brain grow and therefore evolve. One scientist in the 1920’s performed experiments that many on a raw food diet point to being proof that cooked food is not as healthy as we believe. This scientist, Kouchakoff conducted an experiment that showed our body went into what he called digestive leukocytosis, which means our white blood cells were elevated and ready to attack after eating cooked food, meaning it was foreign. This experiment has not been performed again however so the jury is out on whether it has any merit. Those who are on a raw vegan diet for the purpose of the cleansing purport that raw vegan food is the best food for the human body because it is the easiest to digest. It tends to be water-rich and full of fiber, therefore, making it ideal when it comes to elimination, which as it turns out is a lot of what cleansing is all about. To put it concisely, when investigating the claims that it is the most natural diet for humans, we cannot substantiate this one with science, and some of the science actually shows the opposite. If we look at it through the lens of those into a cleansing lifestyle, it is ideal because it passes through the body quickly and easily and aids in elimination.

The raw vegan diet has been held up as a savior for those with disease or those seeking more energy or to simply lead healthier lives. Any search through YouTube on channels such as Arnold’s Way or The Raw Food World has a plethora of testimonies from people who had a variety of diseases and have claimed to cure them through a raw vegan lifestyle. While we cannot prove these videos or their validity, there is always worth in examining whether or not they could be true and what that has potential to mean for millions of people suffering throughout the world. One Doctor from Columbia Medical School is out to prove just how valuable a raw vegan diet can be in healing disease. His name is Gabriel Cousens and at his center in Arizona, he helps people recover from a variety of diseases utilizing a raw vegan diet. In his documentary Simply Raw, he helps patients reverse their type 2 diabetes through a plant-based raw diet. This miraculous testament to raw food is enough to make one reconsider what we currently know about healing. This along with the simple facts that it can contain more bioavailable nutrients and enzymes makes it an approach that’s worth considering. Integrating raw vegan foods can be as easy as eating more fruit or as complex as juicing leafy greens with the potential to elevate our health and help us lead more vibrant lives.