Are You Missing These Top Vegan Vitamins and Supplements? 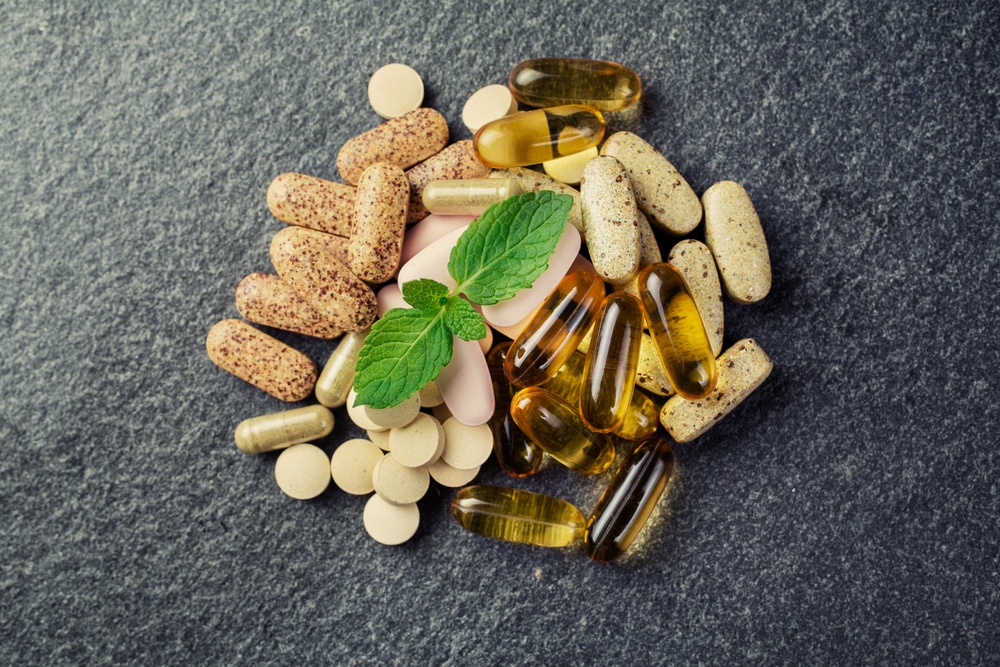 Did you know that as many as eight million Americans are vegetarian? And of those eight million, as many as one million are vegan? You’ve no doubt seen vegan or vegetarian options pop up on menus and food labeling, and maybe you’ve even had friends talk about going vegan. Misconceptions about the lifestyle abound, but two of the most common is that a diet full of things like rice, wheat, and potatoes make up a healthy vegan diet and that vegans get enough nutrients in their diet and don’t need to supplement. Both of these are myths, and today, we’re not only getting to the bottom of what it means to be a healthy vegan, but we’re providing you with the complete guide on everything you need to know about vegan vitamins and supplements.

What Does Vegan Mean, Anyways?

Veganism is a type of diet that derives everything from plants and nothing from animals. This means no meat, poultry, fish, eggs, or any dairy. Veganism is a type of vegetarian diet; while lacto-ovo vegetarians exclude meat but eat dairy products and eggs and lacto vegetarians exclude eggs and eat dairy, vegans often even exclude products such as honey (some do eat honey, however). Vegan is also characterized by being more than a diet; it’s often considered a lifestyle, where animal byproducts are also excluded in home furnishings, accessories, clothing, and so forth. For example, vegans don’t use leather furniture or wear fur. Omnivores who eat the standard American diet often wonder what vegans eat, and how they get enough nutrients. Admittedly, it can be difficult for some vegans to find high quality vegan meals at restaurants, particularly if they don’t live in urban areas, but contrary to popular myth, you don’t have to love tofu to be vegan! Vegans eat tons of delicious vegetables, fruits, nuts, and seeds and can use virtually all of the tasty spices and exotic seasonings their omnivore counterparts enjoy.

Becoming a vegan certainly does require a great deal of change however. Is it worth it? Vegans cite numerous reasons for making the lifestyle change–everything from cultural dietary preferences (some cultures are historically vegetarian) to personal tastes (some people just don’t enjoy the taste of meat) to health reasons to animal welfare to financial considerations (a vegan diet is often less expensive than an omnivore diet) to religious convictions to environmental concerns. For many, however, health is one of the primary concerns for switching from a standard omnivorous diet to a plant-based diet. Studies are showing the prolonged, consistent benefits to eating a vegan diet. A thorough understanding of vitamins, minerals, and nutrients can help vegans ensure they’re avoiding any nutrient deficiencies through excellent diet choices and vegan vitamins and supplements. Confirmed data has established that a large quantity of fruits and vegetables daily, such as you might find in a well-planned vegan diet helps to lower your risk of heart disease as well as cancer. Also, research has found that a plant-based diet can even reduce your risk for type 2 diabetes.

Do You Really Need Supplements?

While it’s tempting to think that all those beautiful plant foods you’re filling your plate with will provide the necessary nutrients, the truth is, they may not. While trading kale for saturated fats is a much healthier change, a recent small scale study conducted in Finland indicates that even vegans who enjoy a balanced diet full of whole grains, vegetables, fruits, legumes, seeds, and diets can still have significant dietary deficiencies.

While we recommend consulting with a doctor who understands vegan concerns, we also recommend looking into high quality vitamins and supplements. Most are relatively inexpensive and create few (if any) side effects. The following is a great list of vitamins and minerals that will help you stay in peak health.

Vitamin B12 is a vitamin with many myths surrounding it, one of them being that is found only in animal foods such as milk, meat, and eggs. Vitamin B12 is produced by miscroorganisms such as those in soil, and while there is much speculation as to why it’s not as available to us (such as washing food, topsoil erosion, cooking food), it is not a strictly vegan issue. While it hasn’t been studied extensively, some studies indicate 3-10% of the population are B12 deficient. Vitamin B12 is vital for helping your body create your DNA and your red blood cells. Deficiencies can cause serious damage, including nervous system damage and anemia. Most plant milks, breakfast cereals, and soy products are now fortified with a vegan B12 source, but if you’re not regularly consuming these products two to three times per day, it may be wise to consider supplementation. Experts recommend having bloodwork done to determine your B12 levels. If it’s too low, or if you just want to take vegan B12 preemptively, you can opt to take a weekly supplement or a daily supplement. Either way, you should shoot for approximately 2000 micrograms per week. Fortunately, no toxic side effects have ever been noted from B12 consumption. Make sure, however, that you opt for the methylcobalamin form, as it is more efficient in the body.

Vitamin D is the sun vitamin, and there are three main ways your body can acquire it: directly from the sun, via fortified plant or cow milk, and via supplementation. Scientists aren’t quite sure why, but research has shown vitamin D deficiencies are on the rise for vegans and non-vegans alike. Some posit the cause is our office jobs and staying indoors, some think it’s our sunscreen, and some think it’s related to our diets but whatever the case, we do know that a deficiency is common. Vitamin D is fat soluble, meaning the body does not have a way to excrete what is not needed, meaning it’s important to use low doses  to avoid toxicity until you can get bloodwork done to determine your levels.  It’s extremely important, too, as deficiencies have been linked to depression, cancer, muscle weakness, and multiple sclerosis. Vitamin D also impacts how our cells regenerate and how well our bodies absorb calcium. We’ll talk more about that supplement shortly, but if you’re taking calcium you definitely should be taking vitamin D, as well! The most potent form of the vitamin is D3, so make sure you choose a label that indicates D3 from a vegan source specifically (and not D2).

We’ve all heard vegan advocates point out that gorillas, elephants, and buffalo are massively strong animals who are vegan–and manage to do just fine, but experts still stress the importance of humans getting adequate forms of calcium in their bodies. We know now that cow’s milk is actually a pretty poor form of calcium since it’s not as bioavailable as calcium from, say kale. This means that while technically, animal products might contain more calcium, your body is better off with vegan calcium. Still, however, some calcium from plants can be difficult for your body to absorb at all. Powerful levels of the mineral in spinach, for example, binds to organic acids that occur naturally in food, rendering the calcium locked away and not absorbable. To counter the lack of calcium, nutritionists recommend a good source of vegan calcium (to be taken with your vegan vitamin D, of course!).

One great way to get all your vegan vitamins and supplements in is with a vegan multivitamin. You can get a multivitamin that does not contain animal products, or you can find one that is made specifically for vegans. Either way, you’ll want to make sure it includes vitamin B12, vitamin D, and calcium, but you might also appreciate that it will contain many other nutrients that will help you fill the gaps in your diet. It can be particularly difficult, for example, for vegans (especially for women who are child-bearing age or pregnant) to get enough zinc, iodine, and iron, and a multivitamin can make things simple. Pay attention to the dosages listed in the nutrition facts, particularly if you’re deficient, you’ll want to make sure that you’re getting your recommended daily allowance (RDA) of each vitamin. If not, you may have to supplement further.

You’ve Made a Great Choice!

Keep in mind, of course, that these supplements should never be used to replace a healthy, balanced diet. In fact, your goal should be to get those all-important nutrients from your foods and simply use these recommendations as supports. A vegan lifestyle and diet can be incredibly rewarding, and we want to make sure you have all the tools to keep it that way. Taking advantage of the vegan vitamins and supplements we’ve mentioned today will be the smartest thing you’ve done for your health, second only to your decision to become vegan!