What Are Veggie Burgers Made Out Of And The Ingredients To Avoid? 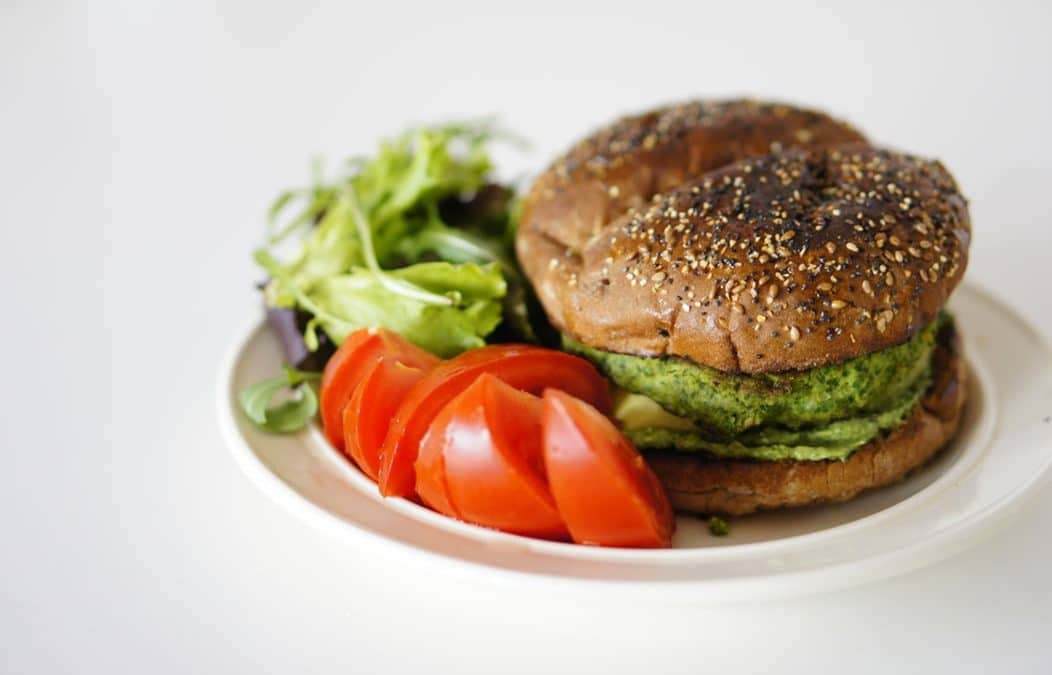 That's a lot of questions, so let's see if we can find some answers.

Quick Navigation
Sustainability and Quality:
Why it Matters When it Comes to Chocolate
What Are Veggie Burgers Made out Of?
Are You Really Gonna Eat That?
Why a Veggie Burger Rather than a Meat Burger?
Exploring the Benefits
So What Really Goes into A Veggie Burger?
A Longing for Real Meat Taste Without Killing the Cow

What Are Veggie Burgers Made out Of? 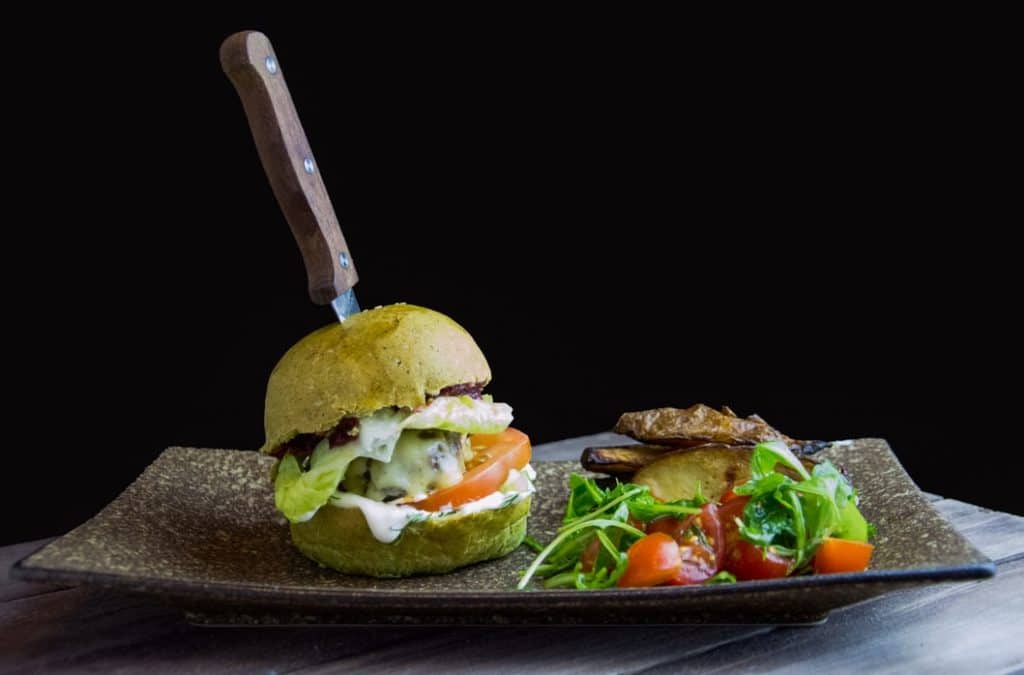 Photo by Alice Pasqual via Unsplash

The quick answer to what are veggie burgers made out of is beans, grains, vegetables, and seasonings. A veggie burger is a burger patty that does not contain any meat.

But we all know quick answers rarely answer the question completely, and they usually bring about even more questions.

Are You Really Gonna Eat That?

Now that I know how they make meat alternatives, I think we should all question the purchase of commercially made veggie burgers.

Next time you're in the frozen food aisle, pull out one of those veggie burger packages and read the list of ingredients and preservatives. Find out what are veggie burgers made out of when they sell them commercially. How many of those ingredients can you pronounce, and how many are in your kitchen pantry?

But I might buy the ones that have five or fewer ingredients and have the USDA certified organic stamp. Maybe.

Why a Veggie Burger Rather than a Meat Burger?

Are they really healthier?

A veggie burger can be lower in calories, higher in fiber, and cholesterol-free. It's also another way to make sure you eat your recommended daily amount of vegetables.

But they can also not be.

Commercially produced veggie burgers can contain soy protein (we'll tell you about that in a bit), excess sodium, over-processed ingredients, and possibly certain toxins (more on that in a bit too).

The healthiest veggie burgers are going to be the ones you make in your kitchen, where you have control of the ingredients. Plus you won't need preservatives.

Less impact on the atmosphere

Some say it takes only one-sixth to one-half an acre of land to feed a vegan but three acres to feed an omnivore. With 7.68 billion acres of arable land on the planet and over seven billion people -- well, we'll let you do the math on that one.

But in case you didn't get the point, raising livestock uses 23 percent of the fresh water and one-third of the arable land on the planet. Do we even need to address cow feces and flatulence?

But don't replace those beef burgers with commercial veggie burgers just yet.

This is yet another reason for homemade veggie burgers. Save the planet and the cows in a yummy and healthy way.

Making homemade veggie burgers offers all kinds of benefits. If you're vegan, vegetarian, or just someone wanting a Meatless Monday, you know what ingredients are in your burgers. And your cholesterol will be lower, as you're eating fewer calories and more fiber.

If you purchase veggie burgers at the grocery store, look for the burgers with fewer than 10 grams of protein. These are patties full of veggies and whole grains and not supplemented with processed proteins. But still, make sure you read the ingredients label.

Weighing in on weight loss 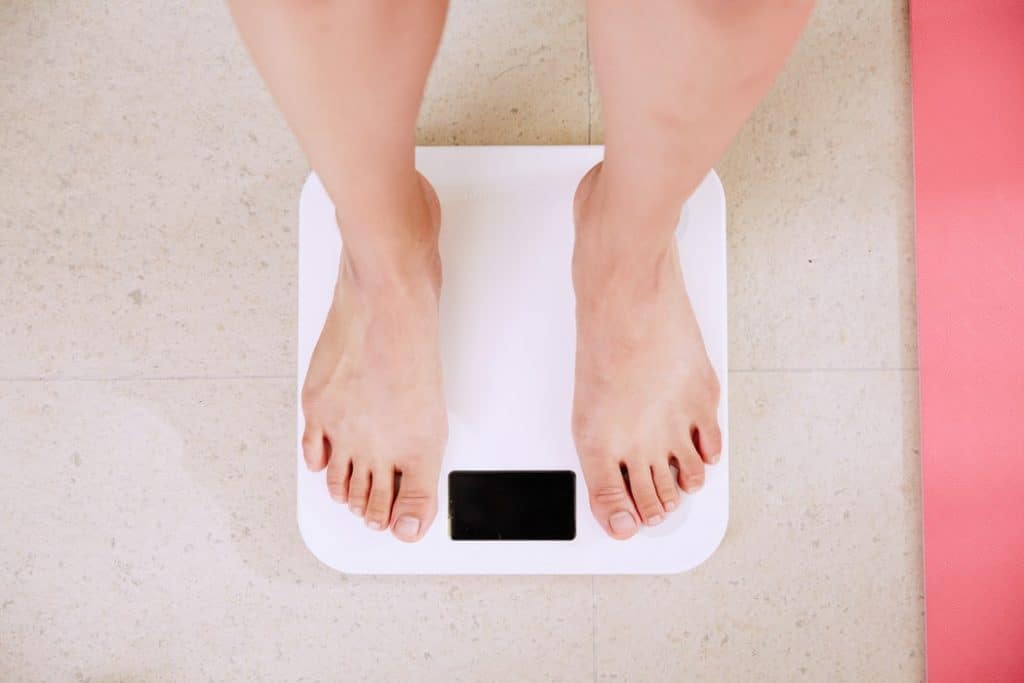 Photo by I Yunmai via Unsplash

Most commercial veggie burgers weigh 2.5 ounces, have 70 to 170 calories, and about 3.5 grams of fiber each. These, of course, are much better numbers than those presented by a beef patty of the same size. And that dietary fiber can help you feel fuller longer, which will aid in weight control.

Veggie burgers are low enough in calories and high enough in filling nutrient requirements to be regular components of a weight-loss diet. But keep in mind, no single food determines whether or not you lose weight. 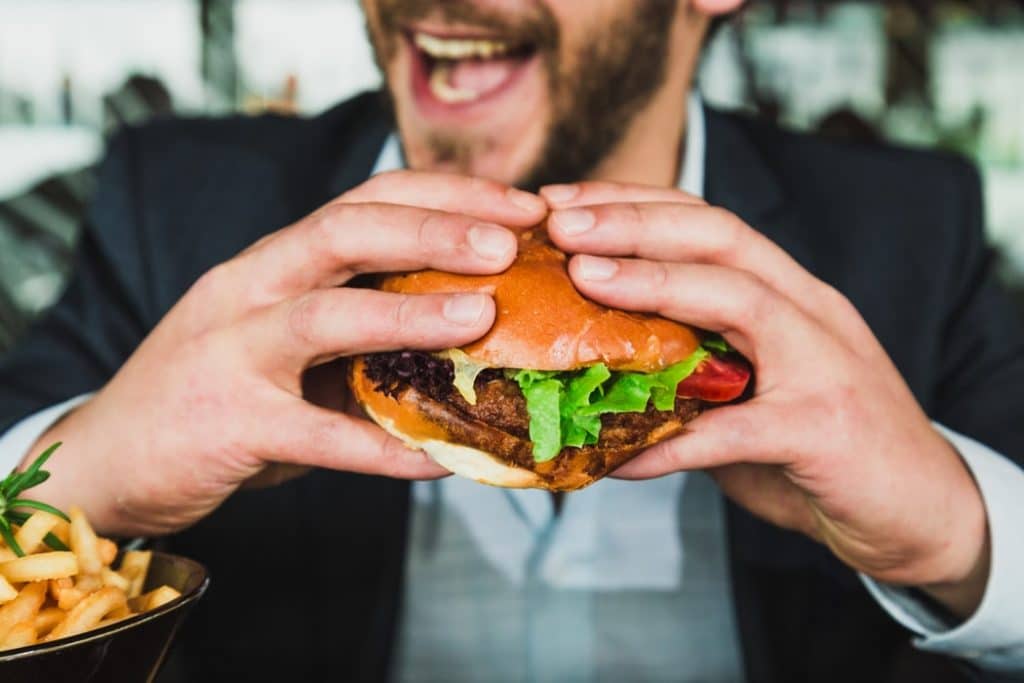 Photo by Sander Dalhuisen via Unsplash

If you're vegan, that's a question you need to ask. When eating out, it's highly unlikely that the veggie burger on the menu is vegan. It will most likely include eggs, and unless you tell your waiter differently, it will come with cheese. And then there's the bun.

If you purchase commercially prepared veggie burgers, make sure to read the ingredient list. They often use egg whites as a binder.

Yes. Veggie burgers are processed unless you make them yourself.

The amount of processing commercially produced ingredients go through is where the problems begin. Processed soy is the base in some veggie burgers. And studies suggest it isn't as beneficial as natural soy.

The only veggie burgers that won't be processed are the ones you make at home with fresh ingredients. If you haven't come to accept that homemade is best, keep reading — you will.

Choose from a wide variety

In 1982, Gregory Sams invented the VegeBurger, the first commercial veggie burger. In less than 30 years, veggie burgers have grown to an annual $1.5 billion industry.

There is an ever-growing list of commercially available veggie burgers, from the well-known Morningstar and Boca to the newcomers Beyond Burgers and Impossible Burgers.

There are even shelf-stable mixes that are good to have in the pantry, especially for emergencies. Two highly-rated vegan products on Amazon are Augason Farms Gluten-Free Black Bean Burger and Vegan Burger 4-Pack.

So What Really Goes into A Veggie Burger?

A lot of ingredients are plant-based, and some are chemicals. What are veggie burgers made out of that makes them taste good? Food scientists add soy sauce and mushroom or yeast extracts to the mix to boost the umami factor.

But if you make them, you can put all kinds of healthy, fresh, family-favorite veggies and ingredients into them.

It's not all veggies

It might surprise you to learn the number one listed ingredient in almost all commercially produced veggie burgers is water.

Beans make up the number one base in almost all commercial veggie burgers. When it comes to what are veggie burgers made out of, black beans and lentils top the list, mostly because of their ability to pick up other flavors. In some veggie burgers, they replace beans with equally protein-dense nuts, for people who don't like beans.

Then they add grains; the top commercial choices are rice, quinoa, or wild rice. The veggies come next, then flavorings, and finally, with few exceptions, preservatives.

Many veggie burgers will include a mix of soy and wheat gluten, often referred to as a texturized vegetable protein. Watch for that phrase when you read labels.

Avoid this ingredient at all costs 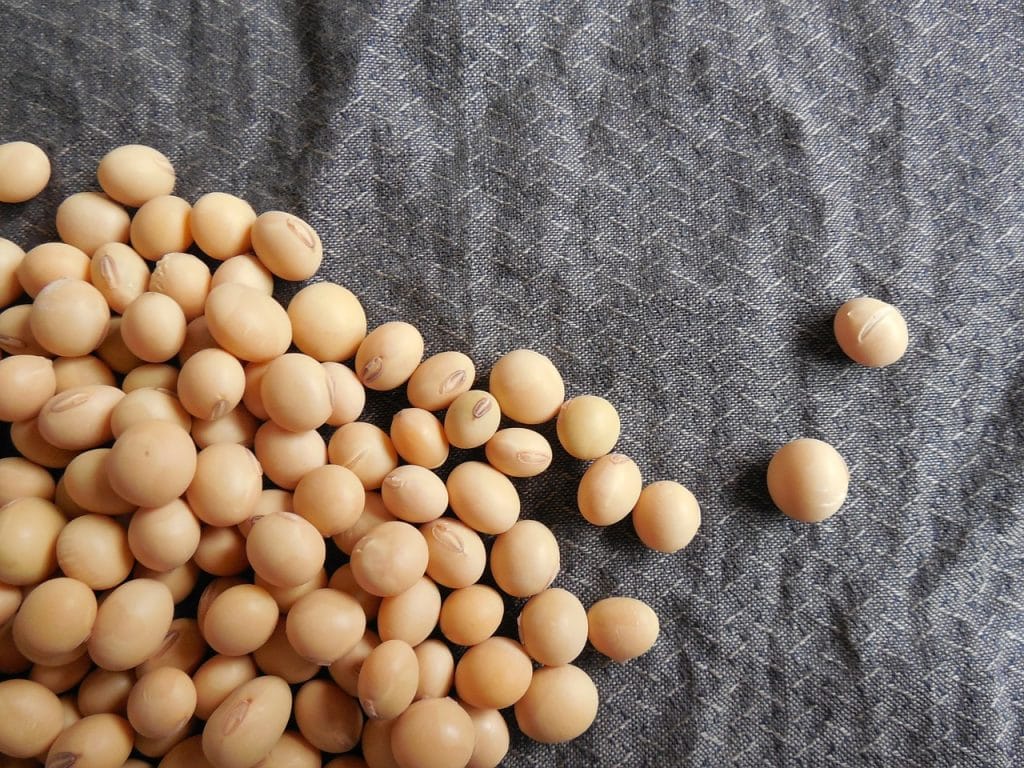 The ingredient to avoid at all costs is protein powders, especially soy! Yes, even that texturized vegetable protein mentioned above.

One of the four components in protein powder (most often soy) is protein isolate which is, more times than not, made by solvent extraction using hexane. Hexane is a petroleum by-product of gasoline refining.

They use Hexane to separate whole soybeans into soy oil, protein, and fiber. Hexane is listed as a hazardous air pollutant by the EPA. Studies suggest it can even cause nerve problems, making it a neurotoxin as well.

There is an ongoing debate about how much hexane it takes to cause harm; they don't know yet. But products bearing the U.S. Department of Agriculture organic designation are not supposed to contain hexane-processed ingredients.

The controversy over the presence of hexane in veggie burgers has led some consumers to avoid all "processed soy" products, choosing natural soy instead.

Now you know why I keep stressing read the ingredients label. You can avoid this issue altogether by making your veggie burgers at home.

A Longing for Real Meat Taste Without Killing the Cow 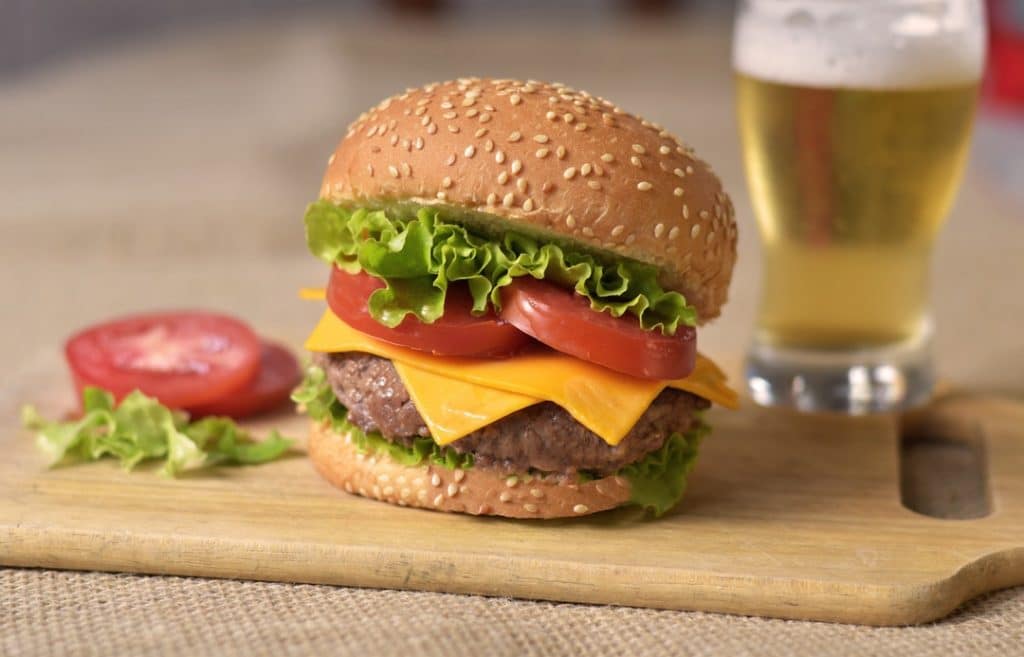 Photo by Camila Melim via Unsplash

So what are veggie burgers made out of? Commercially produced veggie burgers contain beans, grains, veggies, seasonings, and often some with things you do not want to feed your family.

If you're going to purchase veggie burgers, pay close attention to the ingredient list and look for the USDA organic designation. If you're eating out, ask the waiter what are veggie burgers made out of at the restaurant.

For safety, avoid veggie burgers made with soy protein. Now that you're aware, you will notice more companies are addressing this and noting it on their labels.

There are many reasons to eat veggie burgers, even though some are still up for debate. But what we know for sure is veggie burgers are a great and delicious substitution for meat burgers.

Nutritionally, they are lower in calories, fat, cholesterol, and higher in fiber.

Thanks to the magic of the internet, you can easily find a plethora of delicious veggie burger recipes. Make them and know what you and your family are eating. You may also find it fun coming up with a recipe that is unique to your tastes. The possibilities are endless!