What Is the Difference Between Vegan and Vegetarian? 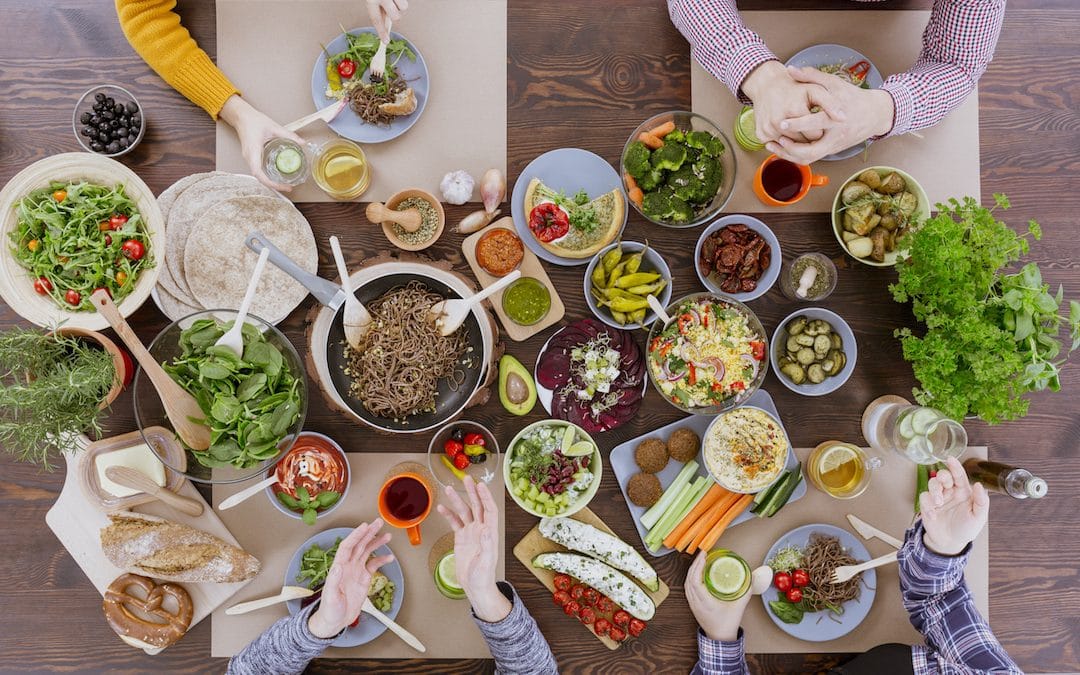 What is a vegetarian?

“A vegetarian is someone who lives on a diet of grains, pulses, legumes, nuts, seeds, vegetables, fruits, fungi, algae, yeast and/or some other non-animal-based foods (e.g. salt) with, or without, dairy products, honey and/or eggs.” 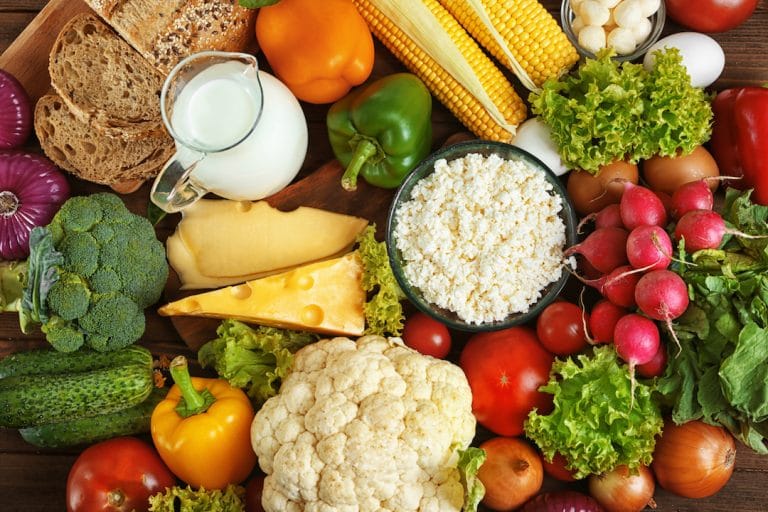 The following terminology and definitions help to inform about the difference in vegetarians and what they choose to include or exclude in their diets.

Now that we have a clear explanation of what a vegetarian is and the different kinds of vegetarians, we can explore why people choose to be vegetarian and not vegan.

Why do people choose to be vegetarian?

People have a variety of reasons for selecting a vegetarian diet. People choose vegetarian diets for religious reasons, for health reasons, due to environmental concern and for animal rights reasons.

Why choose a vegetarian diet instead of vegan diet?

What is a vegan?

The Vegan Society defines veganism as:

“Veganism is a way of living which seeks to exclude, as far as is possible and practicable, all forms of exploitation of, and cruelty to, animals for food, clothing or any other purpose. “

This definition is clear on veganism as lifestyle. It doesn’t specifically include the foods vegans do not eat. So below we’ve broken down exactly what vegans eschew from their diet. 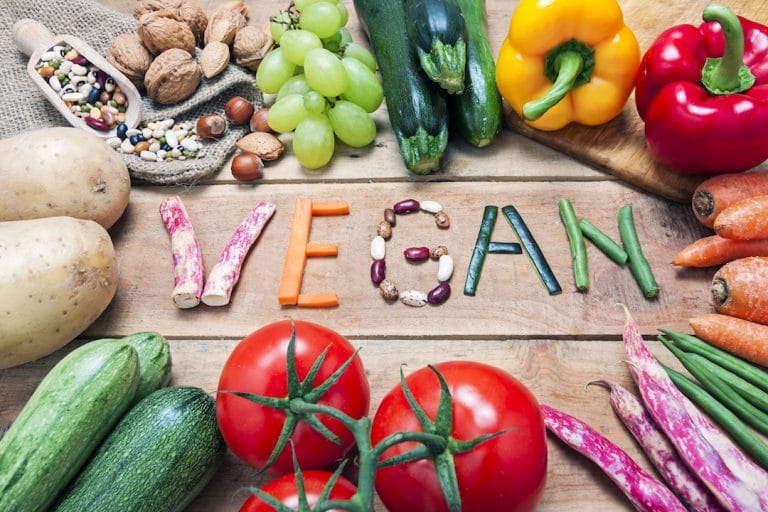 Now that we have a clear explanation of what a vegan is we can explore why people choose to be vegan and why they choose that over vegetarianism.

Why do people choose to be vegan?

Why choose a vegan diet instead of a vegetarian diet?

Many people choose a vegan diet because when properly planned it offers the greatest health benefits and least health risks of any diet. Another reason people choose veganism over vegetarianism is that it causes the least amount of animal harm and suffering. A vegan diet is also considered to be the best choice to help the environment and reduce pollution.

What’s the Difference Between Vegan and Vegetarian Diets?

Vegans do not eat: dairy, eggs 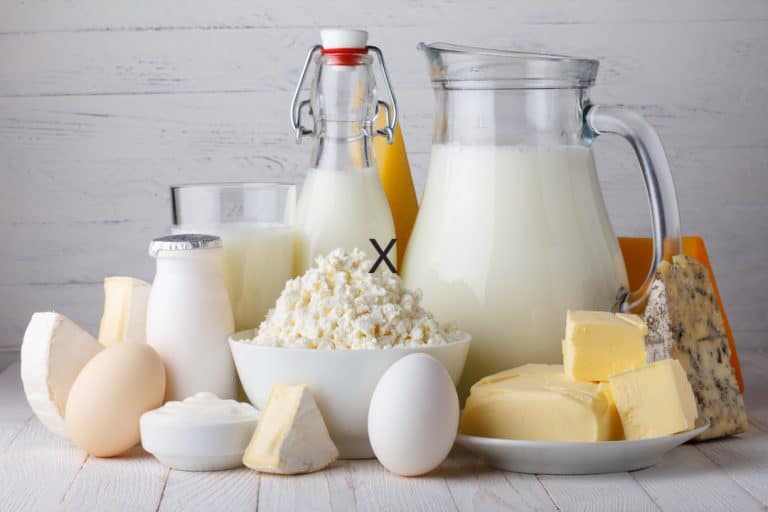 Vegetarians include more animal foods in their diet while vegans exclude all animal foods from their diet. The reasons for including less animal foods in one’s diet tend to be due to animal rights. Many vegans practice veganism because they want to completely reduce their contribution to animal suffering. This means eliminating dairy and eggs, which despite common belief, greatly contribute to death and suffering. This overall idea of reducing animal suffering contributes to other choices vegans make, like not wearing leather, fur, feathers, etc. Veganism is not just a diet but a lifestyle, which makes it very distinctly different from a vegetarian diet.

Does it really matter to differentiate between vegetarian and vegan?

Is one diet better than the other?

Vegetarianism: A Stepping Stone to Veganism

Any step to reduce animal suffering, save the environment and ensure a healthier life is always admirable and important. Both diets offer a variety of benefits for people and extend those benefits to other life on this planet.

A vegetarian diet is not just a stepping stone to veganism. A vegetarian diet can certainly be easier to follow depending on preferences and lifestyle. That’s why it can be more realistic for some people. However, a vegan diet and lifestyle does offer markedly greater benefits overall. Whole foods, well planned vegan diets offer the greatest health benefits.

A vegan lifestyle offers much greater protection to our planet. This lifestyle does this by not supporting any factory farms and the runoff they produce, the overall air pollution they produce as well as carbon emissions. A vegan lifestyle is most beneficial for all other life on the earth. This is especially for the animals that are raised to be eaten or have their milk or eggs consumed. A vegan lifestyle bypasses the cruelty of the dairy industry that continuously impregnates cows only to take their babies away right after birth. Some of these babies are killed and consumed as veal. A vegan lifestyle also bypasses the cruel egg-laying hens face, from having part of their beak cut off to being stuck in a cage their entire lives. Male chicks are considered relatively worthless and can be ground up alive.

These horrors that are not often associated with a vegetarian diet need to be addressed. And people should have all the information about their food before making a choice.

If you’re choosing to be vegetarian to reduce animal suffering, don’t you want to know about all the consequences of the food you eat? A vegan lifestyle clearly offers more health benefits, environmental benefits and reduces animal death and suffering. A vegetarian diet is a great step in the right direction and commendable. However, it is worth considering pushing yourself a little further, educating yourself on the impact all of your food has on the planet and deciding if you are okay with that. All of the choices we make have the potential to save lives and elevate our health. So it’s worthwhile to consider your diet and its impact.