14 Celebrities You Didn’t Know Were Vegan

Hollywood is full of plant-powered animal lovers, and we’ve got the list to prove it! Filled with vegan celebrities who have been vegan from 3 years to 40 years, this list is filled with the real deal, verified vegans. Get ready to have your mind blown and fall in love with a few famous animal-loving celebrities. 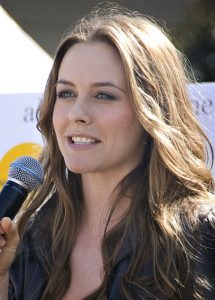 By Mark Coggins – Uploaded to Flickr as Alicia Silverstone, CC BY 2.0, Link

How She Went Vegan: Alicia considered herself an animal lover at a young age. And after being tormented by her brother with sheep noises while she tried to eat a lamb chop, she made the connection that she was eating a living being and decided to go vegetarian. Alicia went back and forth with vegetarianism into her twenties, never quite committing until she spent time at an animal shelter. Alicia adopted 11 dogs one day to save them from death. This caused her to wrestle with the idea of why we value some animals lives and not others. She made the commitment to go vegan and her boyfriend joined in.

Vegan Endeavors: Alicia wrote “The Kind Diet” and launched The Kind Life Blog.  Her blog has a variety of articles on topics such as supplementation, sanctuary animals, vegan fashion and recipes. Alicia also created a line of organic, whole foods vegan vitamins with Garden of Life.

How He Went Vegan: While sitting on a bus blowing his nose, with acne on his face, the young actor was told by a female passenger that he was obviously lactose intolerant. She said that if he gave up dairy, his acne and nasal drip would go away. Harrelson followed her advice.

How He Went Vegan: In an interview with Collider, Joaquin shared “Really it was seeing these fish being killed when I was on a boat as a kid. They were catching fish, and I guess to stun them they were throwing them against the side of the boat. I just had a profound strong reaction. It felt like a real injustice.” At the age of 4, Joaquin and his family made the switch to vegetarianism. And shortly after at the prompting of his brother, he went vegan.

Vegan Endeavors: Narrated the documentary Earthlings and was an executive producer for the documentary What The Health. Joaquin recently narrated part of the new animal rights documentary Dominion. Joaquin has also been in several PETA ads and videos. 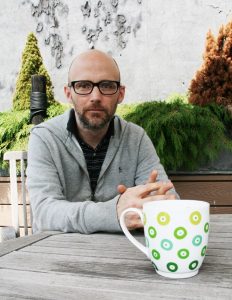 How He Went Vegan: At 19, Moby was sitting with his rescued cat Tucker, and reflecting on how much he loved and cherished his cat and would do anything to protect him and would never harm him. He had an epiphany in that moment and made the connection to the animals he was eating and went vegetarian. He loved all animals and wanted them to enjoy their lives and not suffer. Two years later, he made the connection with the suffering from the egg and dairy industry and went vegan.

Vegan Endeavors: Moby stays extremely active in animal rights from wearing vegan shirts to discussing it in interviews. He created an album called Animal Rights and actively posts about animal rights on social media calling out officials. Moby contributes to many charities for animals from farm animals to pit bulls. He opened Little Pine vegan bistro in LA with profits going to animal welfare charities. He is the producer of the vegan music festival Circle V.

How He Went Vegan: On New Year’s Day in 1997, at the insistence and urging of a friend, Russell watched the film Diet for a New America. Russell was shocked at how damaging animal products were to the body and the torture animals went through. So he decided he no longer wanted to be a part of any of it.

Vegan Endeavors: Russell wrote the book “The Happy Vegan”. Russell famously spoke at Environmental Media Association Awards and discussed veganism and the respect he had for animal rights activists, calling them the real activists. Russell has also collaborated with PETA to make vegan materials and videos.

How She Went Vegan: An aversion to meat’s taste and a desire to remove animal products led Mayim to go vegetarian at 19. Her first son’s intolerance to dairy in her breastmilk led her to cut it out and finally reading Eating Animals lead her to make the change. 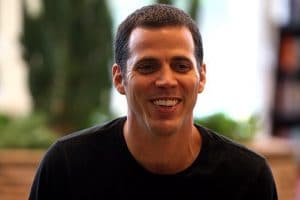 How He Went Vegan: Inspired by a video discussing the lack of respect for life and the planet, and how you can’t be saved if you eat meat. This along with a fear of spiritual punishment for his actions in life thus far made Steve- O decide he had to stop eating meat.

Vegan Endeavors: Steve-O narrated a video for Farm Sanctuary and did an ad with PETA. Earned the Nanci Alexander award from PETA for his using his voice against animal cruelty. Steve-O scaled a crane with a blow-up orca outside of SeaWorld to protest the park which has been most notably accused of animal cruelty in the documentary BlackFish.

How She Went Vegan: Natalie was vegetarian at nine years old. After reading “Eating Animals” she cut dairy and eggs out of her diet.

Vegan Endeavors: Natalie narrated the movie Eating Animals. Natalie has appeared in videos for PETA discussing animal cruelty. As an award recipient at The Environmental Media Association awards, she used her speech to discuss veganism and the environmental impacts of eating animals.

How She Went Vegan: Rooney was a vegetarian on and off since the age of 9. In 2011, she was sent a video that was of uncover footage of a pig, followed by her watching more and more videos. After watching these, she became an ethical vegan. 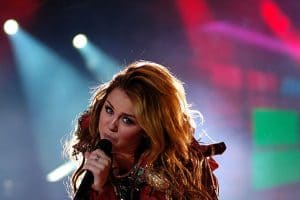 How She Went Vegan: Miley shared that she went vegan following the death of her dog. She also stated “The reason that I started this was because I had a fish that was highly intelligent. He really knew who I was, he really got excited when I was home. One day I went to a sushi restaurant with a few of my friends and they were serving blowfish. And I thought, “this is an intelligent animal.”

Vegan Endeavors:  Miley collaborated with Converse to create a vegan shoe line, Converse x Miley Cyrus Collection. Miley won an award from Peta2 for using her voice for animals. She publicly discusses veganism wherever she goes and in interviews and at one point used her Instagram to promote a vegan lifestyle.

How He Went Vegan: Inspired by his Hunger Games co-star Woody Harrelson, Liam decided to go vegan against the advice of a nutritionist who told him to eat more red meat. He also stated that the more aware he became of the mistreatment of animals, the harder it became to eat them.

Vegan Endeavors: Occasionally, Liam has used his Instagram to promote animal rights issues as well as vegan documentary What the Health. 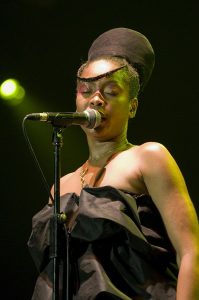 How She Went Vegan: Not much is known about her transition to a vegan diet other than she went vegetarian when she was 19 and about 8 years later went vegan.

How She Went Vegan: Evanna has always considered herself sensitive to violence and having the ability to listen to the voice inside her that is repelled by violence and contributing to it. She went vegetarian at age 11 and stayed vegetarian until she read Eating Animals in 2013. She made the connection to the suffering of animals associated with vegetarian foods and became fully vegan by 2015.